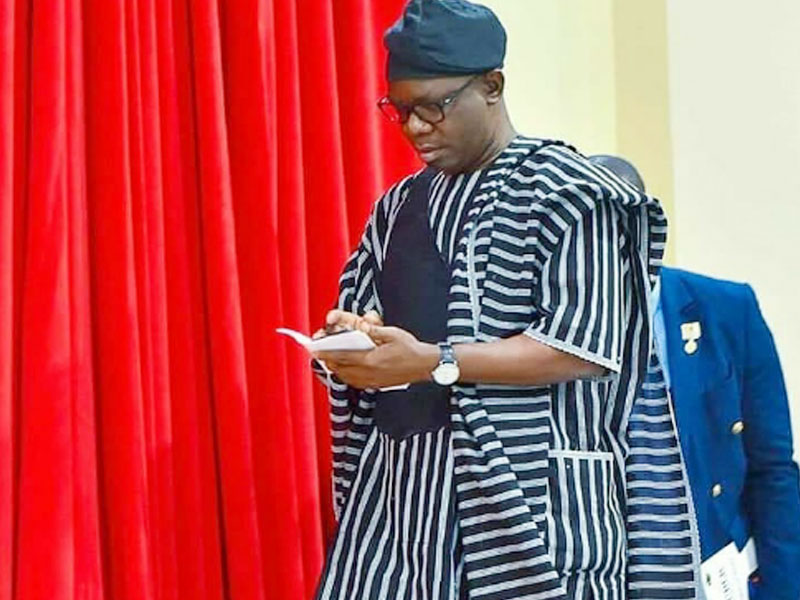 The deputy governor, who tendered his resignation from the APC at Apoi Ward 2, Ese Odo Local Government area of the state, was thereafter given a PDP membership card in the same ward by the executive of the party’s (PDP) in Ward 2 led by the Chairman , Mr Festus Oboro.

Ajayi’s action came after the Saturday drama that ensued when the deputy governor was prevented from leaving the Government House by security men in government vehicles.

Ajayi said, though he had left the APC but he was still the deputy governor of the state, that he would not resign his position.

“My people that voted for me did not ask me to resign, so I remain the deputy governor of this state. I was duly elected as a deputy governor,” he said.

He said at the APC Secretariat at Apoi that everybody knew why he left the APC .

He said: “I am here’ to officially announce to you that as from today I have ceased to be a member of the APC , I came to tender my resignation letter to the the ward chairman.

“The reason I am taking this action is known to all of you. I listened to the advice from all supporters across the state The Ese Odo Local Government will continue to witness peace and progress .

“It is a painful thing that I’m leaving the APC, but there is time for everything. As a Nigerian I have the fundamental freedom to belong to any party or group.”

Shortly after, he went to the secretariat of the PDP in the same ward where he announced his return to the party and collected his party card.

” Like I said earlier, everybody all over the world knows why I left the APC. Some hours ago , you all know what happened to me at the Government House but I am a man of peace.”