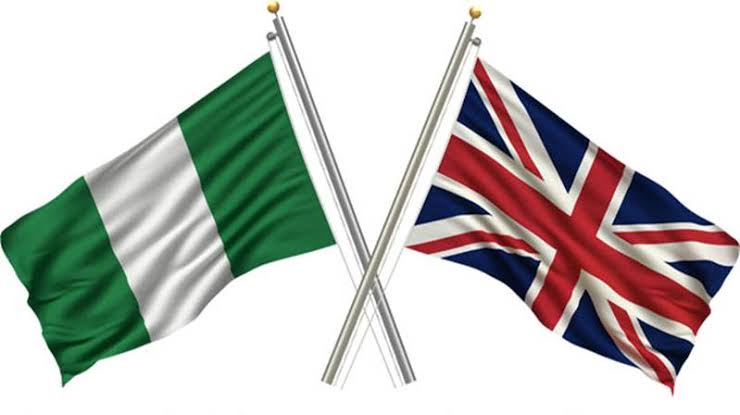 In a policy many have described as racist, misguided and discriminatory, Britain’s ban on Nigerians from travelling to the United Kingdom (UK), while allowing many western countries, where Omicron is also present is sparking fury among Nigerians across the country who are stoutly condemning the British government’s action, accusing it of racism.

They wonder how the British government came to such drastic measure especially when it is not supported by science.

The same feeling was evident amongst the nation’s leaders who have equally expressed shock and consternation at Britain’s selective red listing of Nigeria and South Africa, their largest Commonwealth allies.

Rather than seek to work with its Commonwealth allies, Britain decided to isolate these countries’ citizens for punishment through the ban.
Britain’s outright ban is however in sharp contrast to that of the United States Government, whose response to the Omicron variant, has received sweeping commendation across board, for not banning travellers outright, but insisting they must produce evidence of a negative test result at the point of departure as well as a day-two test result after arrival in their country.

Expectedly, many Nigerians are livid and have started to urge their leaders to reciprocate the poor treatment to the UK by banning their national carrier, the British Airways and Virgin Atlantic flights in addition to British citizens from Africa.

Last week, the South African President, Cyril Ramaphosa, had embarked on a visit to some African countries, a move described by some as an attempt to galvanise African countries to act in solidarity against Britain and her imperialists.
Some officials of the Ministry of Health and NCDC, who spoke to THISDAY in confidence, questioned the data, which formed the basis for the decision by the British government to ban Nigerians.

First, they argued that the British government acted arrogantly by not discussing their discoveries with the Nigerian government. “So, right now, Nigeria is in the dark about what the action is predicated on.

“The UK, instead, chose to announce the ban without discussing the data in its possession with the Nigerian government,” a source said.
Nigeria’s health officials who spoke to THISDAY, reiterated that Nigeria has in place, stringent protocol, which it enforces religiously on travellers leaving the country.

It will be recalled that before any traveller could embark on a trip to UK or other countries, not only is that intending traveller expected to fill a passenger location form, he/she is expected to possess a proof of negative COVID test result. “If this is the case, the Nigerian officials wonder how a passenger, who tested negative at the point of travel from Nigeria could suddenly test positive of COVID-19 upon arrival on UK soil.”

But not done with Nigeria, the UK government, yesterday, took further measures against Nigeria as the British High Commission announced that it would pause “making decisions” on visitor visa applications from all red list countries, including Nigeria.
Speaking with THISDAY, a top official in the Ministry of Health and another reliable source at the NCDC, faulted the decision by the UK government.
According to the sources, the action of Britain wasn’t supported by science or data.

One of the sources wondered: “What data did they use in arriving at the decision? Are there people, who are Nigerians that travelled with a negative COVID-19 test and later got into London and tested positive? Did they talk to the NCDC or any Nigerian official? They just went ahead and put Nigeria on the red list.”
Interestingly, a top official in the Presidency revealed that the Nigerian government was preparing to respond to the action by the UK government, insisting that the Presidency was shocked by the ban imposed on Nigeria.

The source said Nigeria was only given one hour notice before its inclusion on the red list, contrary to known international convention, and described the action by the UK government as the height of racism.

“The UK did not talk to the Nigerian government about the red list until one hour before the announcement.
“Is that the way it is done? Are we still in the era of slave trade? This is a total discrimination against the developing world, particularly, Africans. Africa will have to come together and take a position,” he added.

Continuing, he hinted that Nigeria and South Africa might, have to come together to lead a response. “We should also not allow the British people to come to our countries. Since their government has banned our people from their country.”

The source, who attributed the spread of the virus to vaccine inequality, pointed out that efforts by Nigeria and other developing countries to purchase the vaccine was deliberately being frustrated by developed countries, adding that this was one of the reasons Africa was lagging far behind in vaccination effort.
“The developed world produces vaccines and Africa and the other developing countries are willing to pay for it, but they are not willing to sell and they are busy taking second, third doses and even booster shots, while a lot of countries don’t have vaccines and at the same time, threatening us.

“Meanwhile, this Omicron variant did not start from Africa, it started from Europe. So, what have they done to those European countries that the Omicron was also detected in their countries? Did they place them on red list too? The only possible explanation for targeting Africa, is because we are blacks. Racism is at the heart of the policy, nothing more, nothing less,” the source stated.

The UK, at the weekend, had updated its so called Red List, indicating countries prohibited from entering the UK in view of the new COVID-19 variant called “omicron”.

In a move that many have described as rushed, ill advised and lacking scientific basis added Nigeria to its red list, which contains 11 mostly Southern African countries becomes effective from today.

This implies that from today, UK and Irish citizens and residents arriving from Nigeria must isolate in a government-approved managed quarantine facility for 10 days, and receive two negative PCR tests, as further precautionary action is taken against the Omicron variant. A temporary travel ban was therefore introduced for all non-UK and non-Irish citizens and residents, who had been in Nigeria in the last 10 days, meaning they would be refused entry into the UK. This does not apply to those, who have stayed airside and only transited through Nigeria while changing flights.

According to analysts, who faulted the action, the Omicron variant has now been found in over 40 countries around the world including many from the European Union but none has been banned by the British Government.

The NPR also claimed that this variant had been found in other areas of the world, from Hong Kong to Israel.
According to a New York Times report, Omicron could had even spread at a convention in New York on November 23, 2021, before South Africa announced it had identified the variant on its soil.

Given these large number of countries with reported/confirmed cases of the omicron variant, it is almost impossible to offer any other explanation for UK’s banning only black African countries except racism, the source insisted.
The global spread of the Omicron variant, as of Friday, in Africa, Botswana had 19 cases; Ghana – 34; Mozambique – 2; Nigeria – 3 and in South Africa – infections spreading in seven of nine provinces.

Equally, the data showed that Zimbabwe had unspecified number of cases. Similarly, in the Americas, Brazil as of Friday had three cases; Canada – 10; and United States – 10. In Asia-Pacific, while Australia had reported nine cases as of Friday; Japan – two; India – two; Malaysia – one; Singapore – two; South Korea – six; and Sri Lanka had one case.

In Europe, Austria had one case; Denmark – 13; Finland – one; France – two; Germany – seven; Greece, Iceland, Ireland, and Italy had one case each; Netherlands – 14; Norway – five; Portugal – 13; Spain – five; Sweden – six; Switzerland – two and UK – 42.
In the Middle East, Israel had reported three cases as of Friday; United Arab Emirates and Saudi Arabia, had one each.
The sources also cited the case of India where the Delta variant was first discovered, but the UK government didn’t take stern action it took against African countries over the Omicron.

“This Delta variant was first reported in India around 24 March 2021. By one week’s time (around 1st April), India was reporting over 100,000 new infections a day, and rising. But the UK did nothing. It was not until a full month after (around 23 April 2021) that the UK government added India to the red list.
“Why did it take them only a few days, during which not much has been known about omicron, to add 11 African countries to their red list?”, the source further queried.

“Nigerians are for now so livid about the vaccine colonisation in the world today, this has exposed the hypocrisy in advanced economies against the developing countries,” it added.

Analysts agreed with the position of the WHO Director General who was recently quoted as saying that the high rate of vaccine colonisation had hurt global cooperation, leading to deglobalisation of the global economy.

Meanwhile, the British High Commission, while announcing its resolve to pause “making decisions” on visitors visa applications from all red list countries, which included Nigeria, said the decision was to support the country’s health system.
The decision was announced in a statement Sunday.

“To support the UK Government’s aim to protect public health from COVID-19 and associated variants of concern (VOC), UK Visas & Immigration (UKVI) will pause making decisions on visitors visa applications in all red list countries, including Nigeria, until travel restrictions are lifted.\
“If you apply for a visit visa in a red list country and you meet the UK Immigration Rules, your application will be paused. You will not receive a decision on your visit visa application whilst red list travel restrictions remain in place.

“You will not be able to request a refund of your visa fee once you have given your biometrics at a Visa Application Centre (VAC). If you already hold a valid visit visa and are intending to travel to England as a visitor from a red list country, you will not be allowed to enter,” the statement added.
In a related development, Governor Ned Lamont has confirmed that a fully vaccinated man has marked Connecticut’s first case of the Omicron COVID-19 variant.
State officials said the man, who is in his 60s, is from Hartford County. Sequencing performed at the Connecticut State Public Health Laboratory confirmed the presence of the variant.

Lamont also said because of vaccinations, there was less need for COVID-19 restrictions or mandates in the state.