Obi, Other Presidential Candidates Sign Peace Accord As Tinubu Was Absent 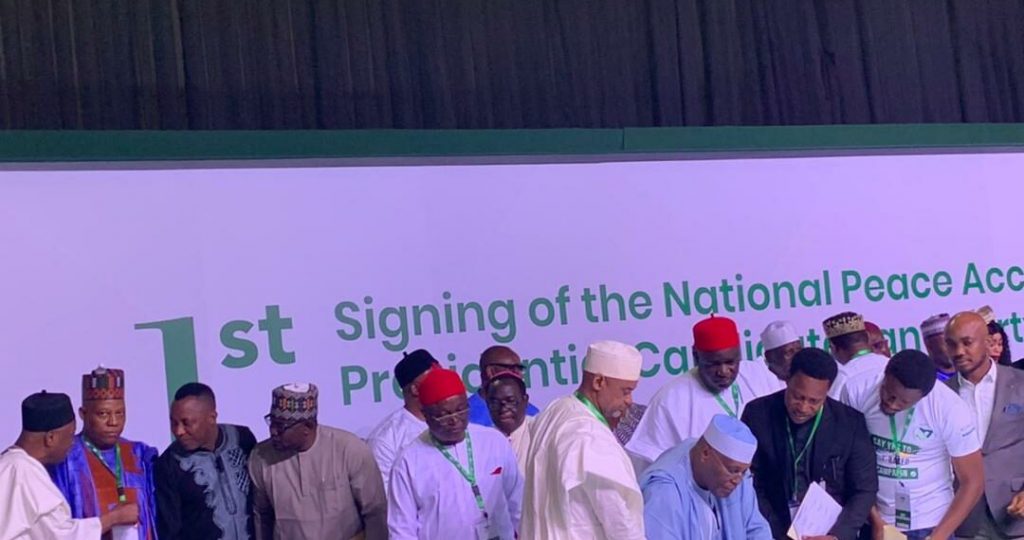 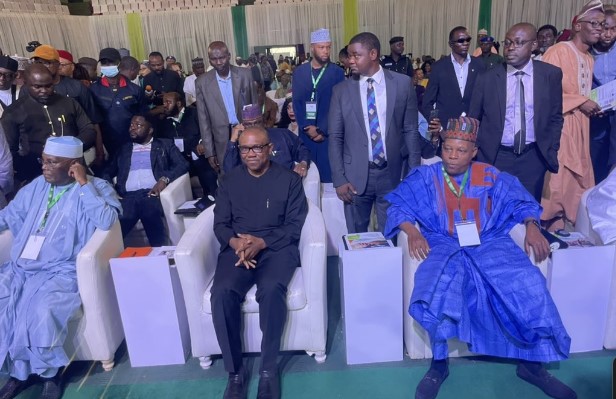 Tinubu was represented by his running mate, Kashim Shettima, at the event, which took place at the International Conference Centre (ICC) Abuja.

Major contenders in the presidential race, Atiku Abubakar of the People’s Democratic Party, Peter Obi of the Labor Party, and Rabiu Kwankwaso of the New Nigeria Peoples Party, were all present.

A report had earlier emerged that the APC candidate is currently in London, United Kingdom.

It was reported that the peace accord was organized by the National Peace Committee headed by former Head of State General Abdulsalami Abubakar and Bishop Matthew Hassan Kukah.