‘Obedience to rule of law, ordering of society is first responsibility of believers in Christ’ 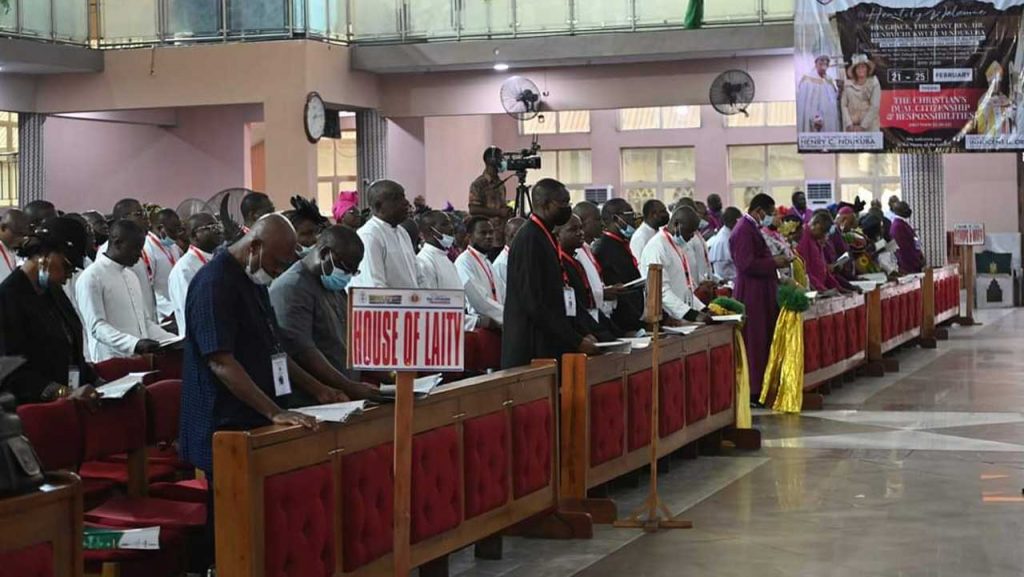 Primate, Church of Nigeria (Anglican Communion), Most Rev’d Dr. Henry Ndukuba has called on the Federal Government to do something decisively to stop the killings of Christians in the country. He also urged security agencies to address the issue squarely.

At the Church of Nigeria Standing Committee meeting hosted by the Diocese of Evo in Rivers State, in the Niger Delta Province, Ndukuba urged Christians to register in any party of their choice and be involved in the activities of the party from the ward level to the national.

He enjoined all Anglican faithful to register, collect their voter’s cards and national identification numbers, as well as vote during elections. Ndukuba said Christians should no longer see politics as a dirty game, rather a process to choose national leaders.

Speaking on: “The Christian Dual Citizenship and Responsibility,” taken from Matthew 22:20-22, the Primate noted that obedience to the rule of law and order of the society is the first responsibility of believers in Christ, adding that lawlessness, indiscipline, and anarchy are sins against God and detrimental to humanity.

Ndukuba directed the Church of Nigeria Alternative Dispute Resolution Taskforce to reconcile all members who had issues with the church, dioceses, and with one another. Hon. Justice B. A. Georgewill is the head of the 11-man Taskforce.

In line with the need for peace in the Church of Nigeria North American Mission (COMNAM), the Primate announced that all appointments, preferment, and creation of parishes, deaneries, and archdeaconries done after the resolution on restructuring and which conflict with the restructuring and delineation are annulled.

The Primate also used the occasion to give awards to winners of the Church of Nigeria’s ‘courageous and purposeful leadership in challenging situations.’

Archbishops and Bishops of the 170 dioceses of the Church of Nigeria, and their wives, as well as three delegates from each diocese, attended the event, which began on February 21 and ended on February 25, 2022 at All Saints Cathedral, Rumuokwrusi, and St. Andrew’s Anglican Church, Rumuobiokani, all in Port Harcourt, Rivers State.

• Dr. Jossy Nkwocha, KSC, is the Diocesan Communicator of the Diocese of Evo