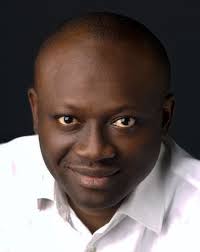 “I knew Kyari closely for 10 years. He was a simple man, deeply intellectual and not one to run away from enforcing the rules. We argued frequently, particularly on economic policy which was his major area of interest. He regularly bought me books on economics and sociology. He often invited me for lunch or dinner anytime he was in London and all we discussed was Nigeria and the development challenge. He was very passionate about infrastructure and industrialisation. But he always kept quiet on damaging media reports against him. Maybe that is what chiefs of staff do: take the bullets for their bosses and go to their graves with all the secrets. Adieu, Mallam.”

On January 18, 2020, when I first read of the new coronavirus on the BBC website, my heart missed a beat because of what China means to the world. The headline was: “New virus in China ‘will have infected hundreds’.” And these were the opening paragraphs: “The number of people already infected by the mystery virus emerging in China is far greater than official figures suggest, scientists have told the BBC. There have been more than 60 confirmed cases of the new coronavirus, but UK experts estimate a figure nearer 1,700. Two people are known to have died from the respiratory illness, which appeared in Wuhan city in December.” I feared for Nigeria in particular.

After reading the story, I immediately sent a link to Mallam Abba Kyari, chief of staff to President Muhammadu Buhari, with the note: “Good afternoon Mallam. We need to watch it.” How on earth would I have known that exactly three months later, Kyari would be gone, consumed by the same virus? At the time, as the BBC reported, there were only two deaths from the coronavirus disease in the world — and both were in Wuhan. It had not been declared a pandemic by WHO. No other country had recorded any case. It looked so distant that I was even asking myself: “What do you want the chief of staff to do about it?” The whole experience now looks surreal to me.

Along the line, Buhari directed Kyari to lead a government delegation to Germany to discuss with Siemens about power infrastructure in Nigeria. The discussions were on how to improve the national grid, which is one of the biggest problems of the power sector. They also discussed building additional plants to improve generation. After the discussions in Germany, he travelled back to Nigeria via the UK. On the weekend of March 21, he was involved in a series of meetings on measures to manage the COVID-19 outbreak.

He was said to have coughed frequently, leading to suggestions that he should run a test since he just returned from Europe.
For the record, the Nigeria Centre for Disease Control (NCDC) had not officially classified Germany and UK as red zones requiring self-isolation as at the time he returned to the country. He was in Germany and the UK from March 8 to 12, and arrived Abuja on March 13. NCDC designated Germany as “high risk” on March 16 and added the UK to the list on March 17. When the result of his test came out on Monday, March 23, he sent me a message that he had tested positive and was going on self-isolation immediately. I was shattered, shattered because I knew he had an underlying medical condition, but hopeful because his symptoms looked mild: just the cough.

While he was on self-isolation, we had regular phone calls. I normally would call him on WhatsApp voice but he would switch to video and I knew why: he wanted to prove to me that his life was not in danger. He knew I was really worried for him. Rumour was all over the internet that he was on a ventilator, that he was at Gwagwalada Hospital, that he had been flown to the UK or Cuba. Ironically, he was not bothered about the rumours. He did not sound bitter. He was even forwarding them to me and we would share a laugh. He said he was more interested in the goodwill messages he was getting. We still don’t know if he caught the virus in Germany, UK, on a flight or in Nigeria.

On March 29, something happened that got me worried again: he was not picking his calls. I later understood that the cough had worsened and he could not use the regular syrups because they contain sugar. That made his treatment more complicated. He later sent me a message that he was coming to Lagos for further checks and observation, and that the cough was not getting better. That was the last time we exchanged messages or made contact. As soon as he got to Lagos, all messages to his phone went unread. I had to rely on family members and friends to get updates and the impression I got was that he was getting better but the recovery was slow.

In the meantime, he was getting bashed all over the internet. His “death” or “removal” was regularly announced on Twitter or Instagram. But I was assured that, indeed, he was getting better with “encouraging signs”. As of 5pm on Friday, the message I got was that he was “much better” but the doctors were being “cautious”. A few hours later, Femi Adesina, presidential spokesman, tweeted that Kyari had passed away. It was most devastating. What began with mild to moderate symptoms had gone out of hand. I understand that COVID-19 kills many patients that way: when you think it is all over, like it’s one step away from the worst, there comes a sudden lethal blow.

Some people have been rejoicing since Kyari tested positive for the virus. The gloating has been massive. Some are not even satisfied that he is dead. They wish they could kill the dead body as well and desecrate his grave. They are all over the social media denigrating the dead. They have their reasons, I believe. I know for sure that the mortal hatred for Buhari was extended to him, so even in death they can’t leave him alone. They said he was Nigeria’s biggest problem. He was to blame for everything that was not going well in the country. Now that Kyari is dead, I am anxiously waiting for all Nigeria’s problems to be solved finally. It would be a thing of joy.

My biggest disappointment with Kyari is that he refused to tell his story. When he was accused of taking a bribe from MTN, he explained to me how he opposed the reduction of the $5.2 billion fine, how he was excluded from the resolution committee because of his stand, and how some people met in Dubai and drafted a position paper that formed 80 percent of the final settlement agreement. He said he didn’t know if anybody took bribe, but he was not part of it and his conscience was clear to God. So why not grant an interview to clear your name? His reply: “My boss knows I will never betray his trust. I don’t need to defend myself.” And there is no counter narrative till today.