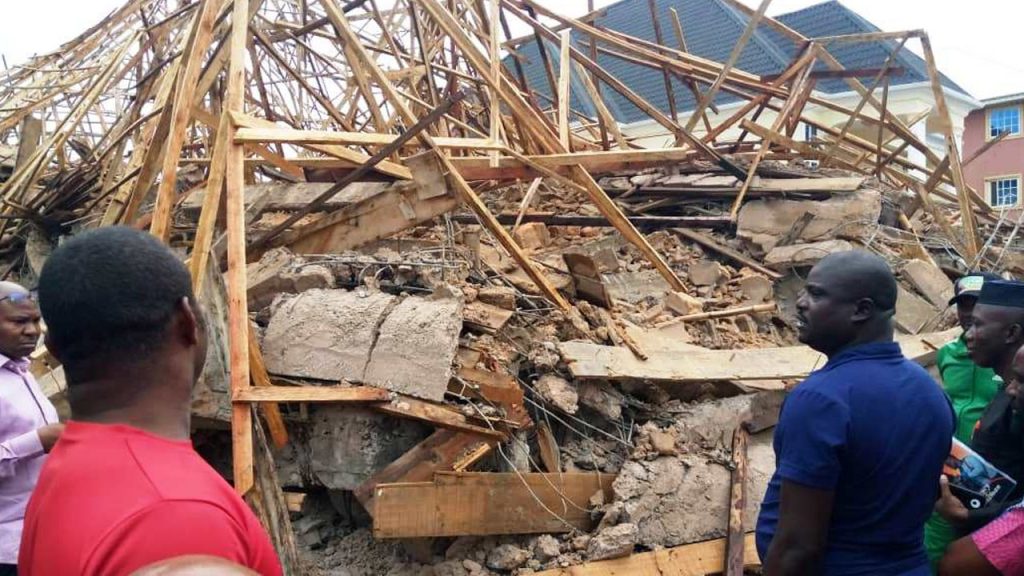 The Enugu State Government on Monday said that no life was lost in the collapse of an uncompleted three-storey building in Awkunanaw axis of Enugu metropolis.

The state’s Chief Fire Officer, Mr Okwudili Ohaa, who was among first responders to arrive at the scene, told the News Agency of Nigeria (NAN) that the incident occurred at about 7:30 p.m. on Sunday.

He said that the building under construction had been marked with “stop work and demolition’’ by the Enugu Capital Territory Development Authority before the COVID-19 lockdown in the state.

“We thank God nobody was trapped inside the collapsed building and there was nobody in it while the incident happened.

“No life was lost and nobody was injured in the incident as well,’’ he said.

A resident of the area, Mr Chukwuma Okenwa, told NAN that the collapse was terrible and that the uncompleted building literally collapsed flat.

“With the low quality and quantity of materials used for the collapsed building as you can see, it was an indicator that the structure will not stand the test of time.”