No Going Back On Open Grazing Ban, Akeredolu Insists 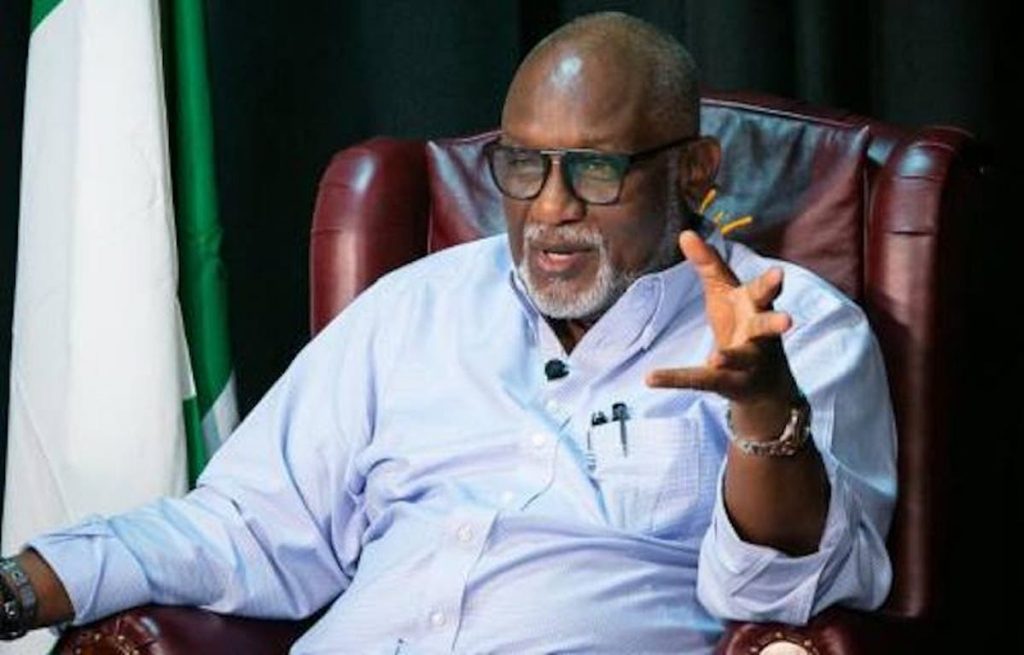 The Ondo state Governor, Rotimi Akeredolu of on Monday affirmed that there is no going back on the ban on open grazing in the state saying the law will be enforced when finally put in place.

The Governor said this in his office during the visit of the new Assistant Inspector General of Police (AIG), in charge of zone 17 in Akure, Ondo state capital, Ene Okon.

According to him “Amotekun is established by Law. Let us all work together. It is clear that the essence of the creation of Amotekun is community policing.

“And since the number of police is being depleted daily and the level of crime is increasing, it will be difficult to spread out with your limited number. Since Police can not be everywhere, Amotekun is here for collaboration.”

Akeredolu took out time to appreciate the Police boss and explained that Amotekun is not established to compete with other security agencies but to complement the existing security agencies.

The AIG stressed the relative peace in the state said that it is no mean feat to maintain peace and order.

He said “I know Ondo was one of the endangered states in terms of farmers/herders clashes. But the story has changed. Ondo is now one of the most peaceful states in Nigeria. You have made the job of the police and other security agencies simple. I know I am coming here to rest because you have done most of the job.

“I have been reading and hearing your doggedness on the creation and operation of Amotekun. Some people may have a different perception about Amotekun but you have enhanced Community Policing through Amotekun. Amotekun is one of the veritable organs for community policing. It is a great bridge between the police and the Community.

“You have created a very good atmosphere for me to work here because you have done your job as a Chief Security Officer.

Akeredolu’s efforts was also appreciated by Okon in the creation of Zone 17 and thanked him for the numerous works done in the zonal headquarters.