No cold war between Fayemi and I – Ekiti Deputy Governor 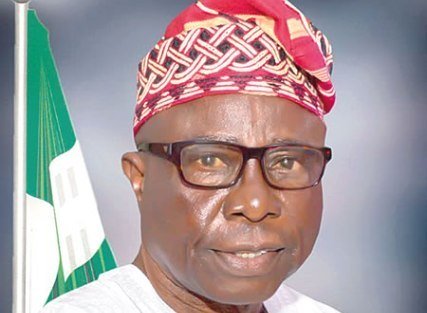 Ekiti Deputy Governor Otunba Bisi Egbeyemi has said there is no rift between him an Governor Kayode Fayemi.

There have been some insinuations in some quarters that Egbeyemi has been threatened with impeachment by Fayemi to coerce executives of the All Progressives Congress (APC) Ward 8 in Ado Ekiti to sign a resolution to suspend the Special Adviser to the President on political matters, Senator Babafemi Ojudu, from the party.

It was alleged the Ado Ekiti APC Ward 8 Chairman, Mr. Clement Afolabi, was abducted and taken to the Deputy Governor’s personal residence to compel him effect Ojudu’s suspension.

Egbeyemi, who pledged his unalloyed loyalty to in all circumstances, chided some individuals he described as “fifth columnists, peddlers of fake news and mischief makers” for trying to cause disaffection between him and his boss

The Deputy Governor, in a statement on Sunday evening by his Special Assistant (Media), Odunayo Ogunmola, said every attempt to destroy the good relationship he enjoys with the Governor will always fail as they are working together for the good of the state.

The Deputy Governor said the purported abduction of Afolabi was a figment of the imagination of the jobless peddlers of falsehood who have failed in their bid to sow seeds of discord in the party.

Egbeyemi, who described all the allegations as tissues of lies and wicked falsehood against innocent people, warned sponsors of the fake news to desist from their terrible misadventure or be ready to face the wrath of God.

While noting he had enjoyed the best of relationship with Fayemi, Egbeyemi maintained that “nobody can come between him and Fayemi in the performance of their God-given duties.”

He said: “Nobody can come between me and my Governor, nobody in the party mooted the idea to suspend anybody from the party.

“They are telling lies around that the Governor wants to remove me. It is not true, I enjoy the best of relationship with my boss, Governor Kayode Fayemi.

“I have vowed never to go against my Governor, I will never go against him because they want to destroy the good relationship between me and the Governor.”