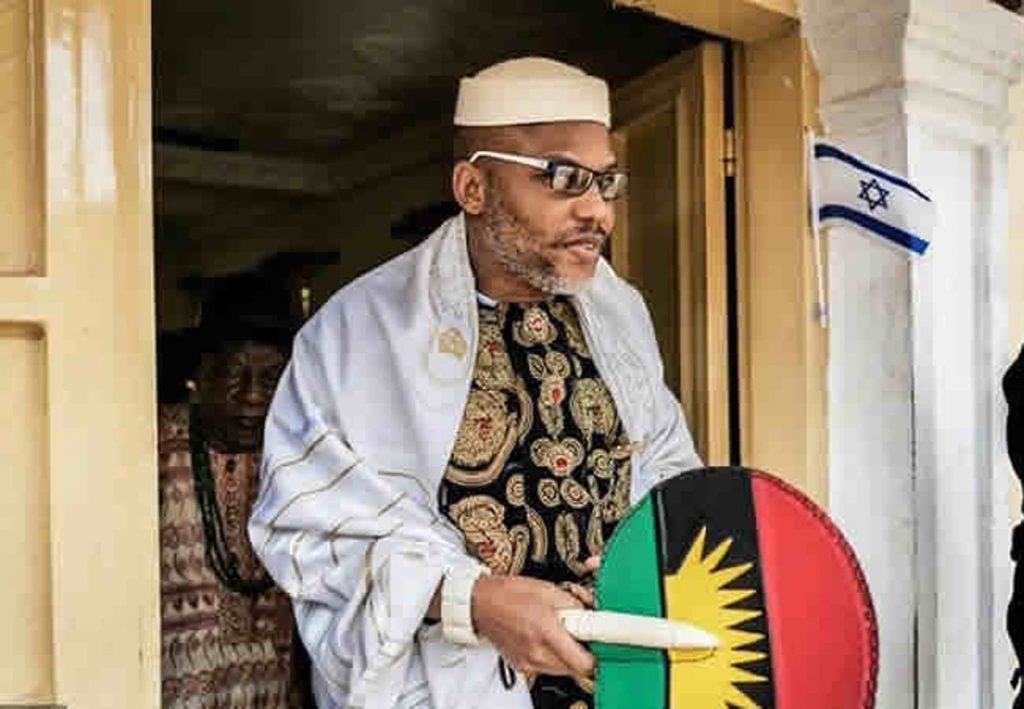 Nnamdi Kanu, the leader of Indigenous People of Biafra, IPOB, has advised ex-President Goodluck Jonathan to challenge the allegations against him by President Muhammadu Buhari’s administration.

Kanu said this on Thursday while reacting to moves by Buhari administration to subpoena bank records of Jonathan and his wife, Patience.

The IPOB leader warned that his group would no longer tolerate the intimidation and harassment of former President Jonathan and his wife, Dame Patience.

IPOB also said those who were calling for the accounts of Dr Jonathan and his wife were the real people looting funds in Nigeria.

Kanu urged Jonathan to abandon his ‘gentleman toga’ and confront the government headlong.

He said: “They are now pursuing former President Goodluck Jonathan after looting the country and are now shopping for loans from lending agencies. They have not given the account of the N13.9 billion meant for Aso Rock clinic, yet the same people are asking for the account of a former president and his wife to disgrace them and make them scapegoats in their misrule.

“They are also pursuing Mrs. Diezani Madueke because they want to divert attention of Nigerians and the world from their incompetence and looting, but they have not responded to the allegation of looting of N13.9 billion meant for Aso Rock clinic which alarm was raised by the wife of their president against the cabal in the government.

“We in IPOB are warning them to leave former President Jonathan and his wife, Patience, alone.

“You may toy with Jonathan because he allowed you to do that to him, but do not toy with Patience, otherwise we will bring down Nigeria.

“We are surprised that PANDEF and Ohanaeze Ndigbo have all kept quiet to this renewed attack on Jonathan.

“It is high time Dr Jonathan dropped his gentleman’s toga and defend himself, his wife and family members.”

Meanwhile, Jonathan had in a statement by his Spokesman, Ikechikwu Eze clarified that he has no account or property abroad.