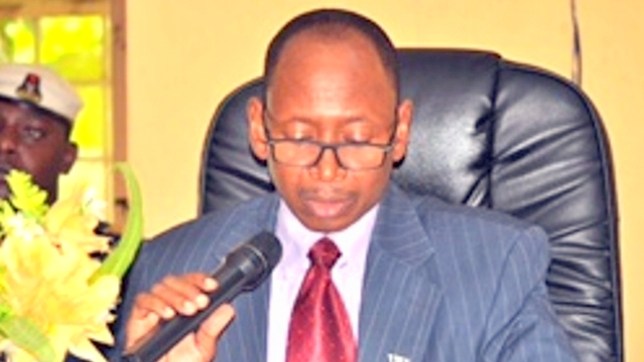 The Accountant General of the Federation, Ahmed Idris, has lost his father.

The announcement was contained in a statement made available to the media on Wednesday by the spokesperson of the Office of the Accountant General of the Federation, Henshaw Ogubike.

It reads: “It is with a heavy heart and total submission to Almighty Allah that we announce the death of Alhaji Idris Hussain, the father of Ahmed Idris, FCNA, the Accountant-General of the Federation. He died in the early hours of today, after a protracted illness at the age of 96 years.

“The late Alhaji Idris Hussain was a businessman and a philanthropist of high repute. He hailed from Daneji Quarters in Kano Municipal Local Government Council of Kano State.

“He is survived by many children, grandchildren and great-grandchildren amongst whom is Alhaji Ahmed Idris, FCNA, the Accountant-General of the Federation.

“He has been buried according to Muslim rites.

“In line with Federal Government lockdown and social distancing directive occasioned by the COVID-19 pandemic, there will be no gathering to mourn the dead.

“Condolences will be received via correspondences, phone calls, text messages, electronic and social media. May Allah accept his soul.”