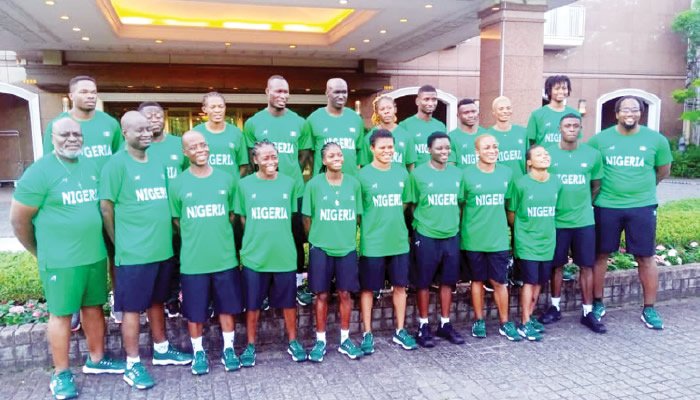 Team Nigeria in Japan
Share
Facebook Twitter LinkedIn Pinterest Email WhatsApp
As COVID-19 cases continue to rise in Tokyo, venue of the 2020 Olympics, Team Nigeria’s camp has resorted to daily testing of the members of their contingent.

There have been daily reports of athletes and officials contracting COVID-19 at the Olympics Games Village in Tokyo.

It was also reported that a Nigerian official in his 60s was hospitalized after contracting the virus.

One of the athletes, who spoke with our correspondent on the condition of anonymity, said athletes and officials were taking necessary precautions to ensure they don’t contract the virus.

According to him, this includes daily testing and staying away from the public.

“We are doing everything that needs to be done not to contract the virus. We test daily and don’t mingle,” he told the media.

Another athlete, who also spoke on the condition of anonymity, said it was not the type of Olympics she would have loved to compete in due to the deadly virus. “It has not been easy here trying to adjust to the high temperatures. COVID-19 here is real. Athletes, particularly me, are very careful. Life isn’t easy here at all. Not the kind of Olympics I would have loved to take part in but in all, I’m glad to be here,” she told the media.

Public Relations Officer of the Nigeria Olympics Committee, Femi Adetula, said the unnamed Nigerian official was already getting better but declined to name the official, saying the NOC was respecting his rights.

“It’s been confirmed that an official contracted the virus. He is in isolation, receiving treatment and he is doing fine. In a matter of days, the official will be out of isolation because of the recovery rate.