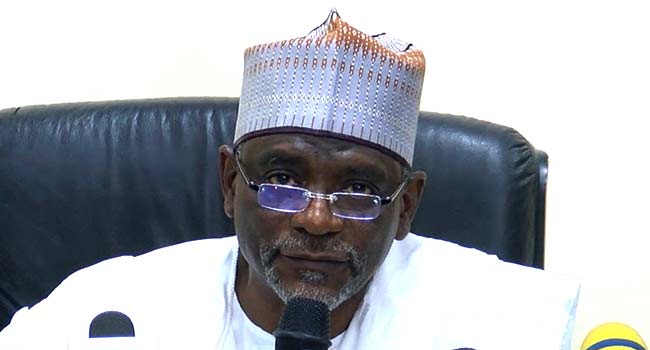 The Nigerian government says it is currently reviewing the January 18 resumption date for schools across the country, following the rise in COVID-19 cases.

The Minister of Education, Adamu Adamu, stated this on Monday at the resumed briefing of the Presidential Task Force (PTF) on COVID-19 in Abuja, the nation’s capital.

On his part, the Minister of State for Health, Dr Olorunnimbe Mamora, spoke about the ongoing enrolment exercise being conducted by the National Identity Management Commission (NIMC).

He noted that only the President has the power to issue any order to alter the subsisting one regarding the National Identity Number (NIN) registration.

Mamora’s comment was in reaction to his earlier comment where he suggested that the NIN registration may be suspended due to the increased breach in COVID-19 guidelines at the NIMC offices.

For the PTF National Coordinator, Dr Sani aliyu, the security agencies will continue to enforce compliance with the non-pharmaceutical interventions within states.

He explained that in spite of a ‘no lockdown policy’, the PTF would review the existing protocols including a review of the curfew hours.

Aliyu added that a permit to travel would be enforced, particularly for travellers from the United Kingdom and South Africa.

Before the task force members took turns to give their updates, the PTF Chairman, Boss Mustapha, gave the opening remarks.

He outlined the factors that led to the increased figures of coronavirus recorded in the country since November 2020.

Mustapha, who is also the Secretary to the Government of the Federation (SGF), revealed that increased local and international travels were among the major factors.

He listed the others to include increased business and religious activities, reopening of schools without strict compliance with COIVID-19 safety measures.

According to the PTF chairman, no state in Nigeria is immune to the pandemic even if reports are not coming out of such states.

He urged the people to stay away from activities that can expose them to the virus as the nation’s tally crossed 100,000.