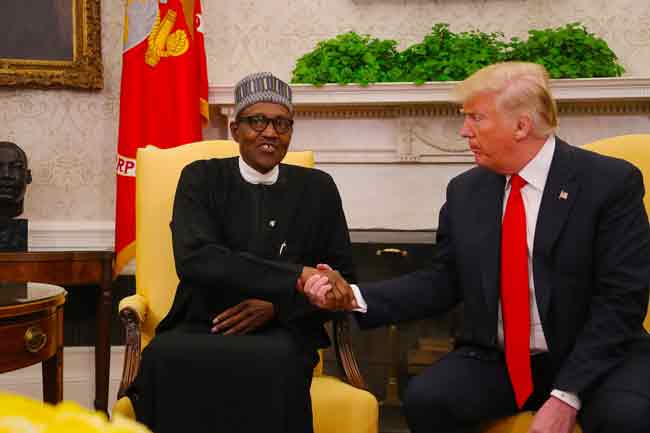 The earliest news report circulated on Nigeria’s travel ban on January 21st with a reporting in Wall Street Journal (WSJ) by Michelle Hackman and since then a few other sources in other reputable media such as Politico et cetera had reported on this as a possible State Department policy towards six countries with most impact according to these sources, to be on Nigeria.

In this article, we are reviewing how we got here with Nigeria, what the implications of this policy will be, why it will not achieve its intended outcomes and why a Nigerian centric immigration approach can be helpful to the United States and the global economic, social and spiritual climate.

How we Got Here
His Excellency, Mr. Donald Trump’s resentment about Nigeria is not new with his campaign, his government and with this new policy position. The famous shit-hole countries statement refers to Nigeria as one of these countries. Mr. Trump’s frustrations are borne out of the feeling that the Nigerian immigrants are overwhelming the desirable levels and numbers. The inability of the current system to put a lid on Nigeria’s immigration level to the United States continues to be a sore spot for the President and his supporters as opposed to the need of the Nigerian-American community.

The reasons cited for the failure of the American policy to control the level of Nigeria’s immigration level are lack of transparency and corruption of the Nigerian government and reports of visa overstays. The Wall Street article reported 15% as the the percentage of those overstaying their visa category. This argument lacks merit because American government ineffectiveness in prescribed policy that they themselves are in charge of implementing contributes to this failure. Many have argued that the United States and many of her allies benefits from dysfunction in the effectiveness of the governance of Nigeria. You can actually argue that the only activity that Nigerians benefit from that has least skewing from governmental participation will be immigration.

What are the drivers for Nigerian immigration to the United States? Some of the newspaper reports alleged that Nigeria immigrants were more than the rest of the other five countries. There is a level of ignorance about Nigeria that this statement reveals. The population and economic activities in Nigeria may not be known to these reporters or the government spokesmen. For Nigeria current population in the United States to function properly, there is a level of immigration that should be supported. The current policy itself was not designed to incentivize meritorious or effective immigration and the case can be made that Nigeria will be better served by a more robust and precise immigration system. Secondly, the Nigerian populace and businesses will be adversely impacted by an arbitrary peg of a number for certain visa categories or the limitations that is being considered on immigrant visas.

Nigeria is not a net burden to this country! The failure of governance that is being alleged is partly aided by the chronically ineffective United States policy. The immigration ban that is being proposed by President Trump will hurt Nigerians, will hurt some American businesses but more importantly is capricious to Nigerian-American community and our businesses. The immediate suspension of this policy is hereby requested for a more wholistic discussion about United States immigration policy with Nigeria. This must include not just the government but our civil societies and religious leaders for a meaningful and collaborative way forward that will not reverse the progress that our community has made in rebounding from the recession of 2016-2017, strides in governmental and social reforms and improving accountability of institutions and government.

In 2015, Rockefeller Foundation Aspen Institute Diaspora Program publication in Migration Policy Institute Publication, a research analysis, identified Nigerian Americans among the leading immigrant groups in the United States. The reason is not wholly because they brought these successes from Nigeria but many of them came with very little in terms of resources to these shores. What they have done though is to embrace a little of both cultures that they are part of and define a new path for themselves. They have integrated albeit against adverse conditions of racialism, discriminatory and prejudicial conditions and in spite of all these negative headwinds fostered for themselves and their children, great contributions to American economy, culture and spirituality.

The Implications of the planned change
The impact of this planned change, of placing arbitrary figures on the number of immigrants from Nigeria, is going to have is, punitive to current residents. This will create a feeling of being treated inequitably with our neighbors from different cultures, many of whom, without doubts are competing with Nigerian community members in businesses, education and other social activities. Nigerians may actually have more claims to legitimate, structural and functional reasons for immigration needs. This will in turn create imbalance in the political disaffection for the President and the Republican Party.

This new proposed policy will hurt Nigerian-American communities in terms of re-unification of families including spouses and children as well as parents process which is already burdensome as well as deny necessary human resources to support Nigerian growing economic activities. It will marginally impact students who are converting to stay with American companies or those who are getting married to American men and women. The margin of the reduction of immigration number that this policy will achieve will not match the emotional disaffection from its implementation.

It will fail to achieve its intended outcomes
This planned policy change will create reasons for people applying for immigration to be less than truthful in their applications and take advantage of other visa programs which will make this change fail and not achieve its intended outcomes. Large swaths of Nigerians will continue to harbor, not far off, legitimate suspicion of American intentions and general despair and skepticism over the western world’s attitude and policies towards Nigeria specifically and Africa at large. This skepticism should not be dismissed. If it pervades and allowed to continue to fester might realize the fear of the west towards an optimized Africa continent.

Risen Africa may indeed demand accountability when they are capable of asking for it, and the price at the time might be very steep. Africa cannot and will not be subdued forever no matter the machinations of the West and its governments. The day of reckoning will invariably be here. At this time, United States of America and her western allies have an opportunity to repair the injury of the past but this new policy is definitely not the way forward.

Nigeria’s critical mass and economic activities are the most significant drivers for her immigration to the United States. Arbitrary visa program change will not achieve its intended outcomes but onerous on the community and will instead compound governmental distrust, disaffection and fractionalization that may be unnecessary and politically non-beneficial. Most importantly, there is an altruistic argument, that government should not be deliberately creating injurious policies but rather to support cultural, social and psychological well-being of the citizenry. This in the long run will benefit most people of goodwill at both sides of the debate.