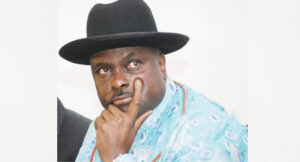 Nigeria has received the £4.2million seized from the associates of convicted former Governor of Delta State, James Ibori from the United Kingdom.

This is according to the Minister of Justice and the Attorney-General of the Federation, Abubakar Malami, who disclosed this on Tuesday via a statement issued by his spokesman, Dr. Umar Jibrilu Gwandu.

He confirmed that the “Federal Government of Nigeria has received GBP 4,214,017.66 of the loot associated with the family members of former Delta State Governor, James Ibori.”

According to the statement, “the amount has been credited into the designated Federal Government account with naira equivalent value of the amount as of 10th May 2021.”

Malami was said to have signed the Memorandum of Understanding for the repatriation of the Ibori loot on behalf of the Federal Government of Nigeria.

The Minister said the development was a demonstration of the recognition of reputation Nigeria earns through records of management of recovered stolen Nigerian stolen in the execution of public-oriented projects.

On May 3, Malami had announced that the United Kingdom would repatriate the looted fund to Nigeria any moment from now.

He had explained that the President Muhammadu Buhari administration was working tirelessly to ensure the return of looted Nigerian assets kept outside the country’s territorial boundaries, adding that that the Federal Government of Nigeria was in touch with the UK government on the matter.

“Documentations with the banks in different countries often take longer than anticipated. We anticipated two weeks but we are not in control of the banks.

“There is neither complacency nor any delay as efforts are being made to ensure successful transfer of the looted funds,” he said.

He noted that the Federal Government is working assiduously to make sure that the transfer goes through successfully.