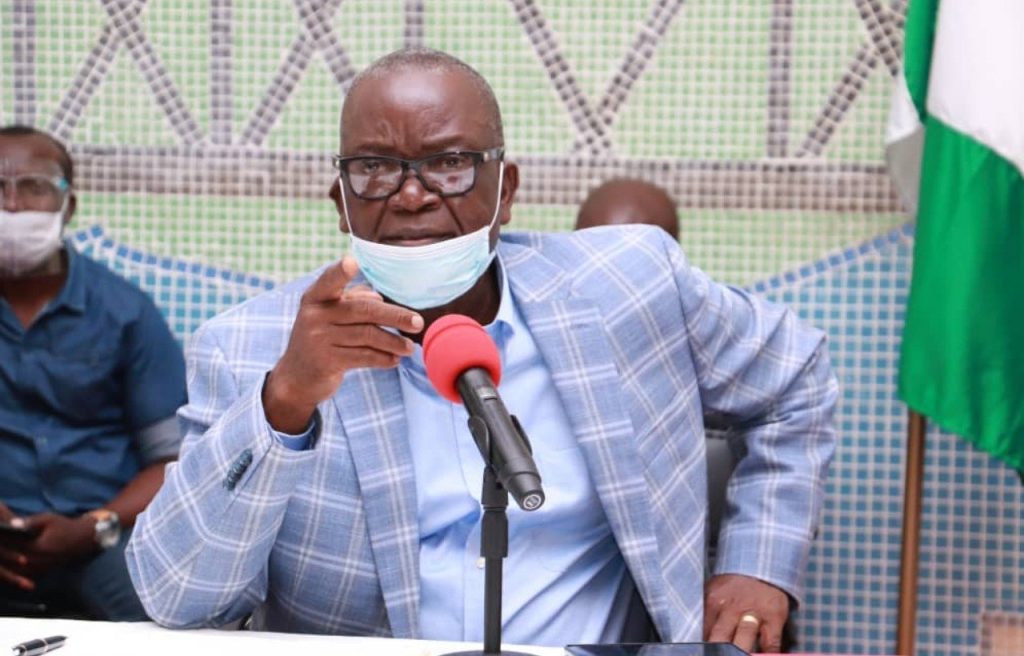 Benue State Governor Samuel Ortom on Tuesday dismissed the allegation that attack on him by gunmen last Saturday during a visit to his farm, was stage-managed, warning that 2023 general elections will not hold if insecurity persists.

He told journalists after a closed-door meeting with President Muhammadu Buhari at the State House, Abuja that his security aides, including those from other parts of the country witnessed the attack.

He also stressed the need to secure the nation ahead of the 2023 general elections, while vowing not to repeal the state’s anti-grazing law notwithstanding the threat to his life.

The governor also reiterated the call by Buhari that the attempt on his life should not be politicised.

He said: “We should know when to play politics and when to team up together to work as a team to salvage the country. That is what I’m saying. Those who are saying that I stage-managed the attack – what benefit do I stand to gain by coming up to say that I was attacked?”

While lauding the president for his stand on the shoot-on-sight order on carriers of AK-47, Ortom said the presidency needed to be encouraged in securing the nation.

The governor warned that the forthcoming 2023 general poll could only hold if there is a well secured nation between now and then.

He said: “2023, yes, to a politician is not far but is still a long way. If we secure our country, and everything is working fine, then we can talk about 2023. But the way things are going, if we don’t secure the country, there is no way we can be talking about 2023. That is why I’ve always dismissed people who come to me to say that you’ll contest this you’ll contest that. For me, I want us as leaders of this country, we have taken an oath of office, let us abide by those things we have said, and work together as a team, leave politics aside. Leave ethnicity aside, but secure the country, Nigeria.

“We have no other country other than Nigeria. We cannot go to Cameroon or Senegal or any other place and so, my appeal to everyone is to ensure that we work together, security matters are not just for the security agencies alone.”

Ortom vowed that despite the threat to his life, the anti-grazing law which, he said, was working in the state, would not be repealed.

He stated that through the anti-grazing law, normalcy has returned to the state with some arrests made and others prosecuted under the law.

“So far, we have done very well. The law has arrested more than 500 people. More than 200 people were prosecuted and convicted with more than 13,000 herds of cattle arrested and the fines were paid, and they were released. And we have no problem with killing anybody anyhow in Benue State.

“And that is one of the things that I am saying that those people will think that they own this country should be apprehended and prosecuted or otherwise will begin to think that they are sacred cows. Miyetti Allah, FUNAM and all those ones, they are responsible, creating problems all over the place by what they say,” he said.