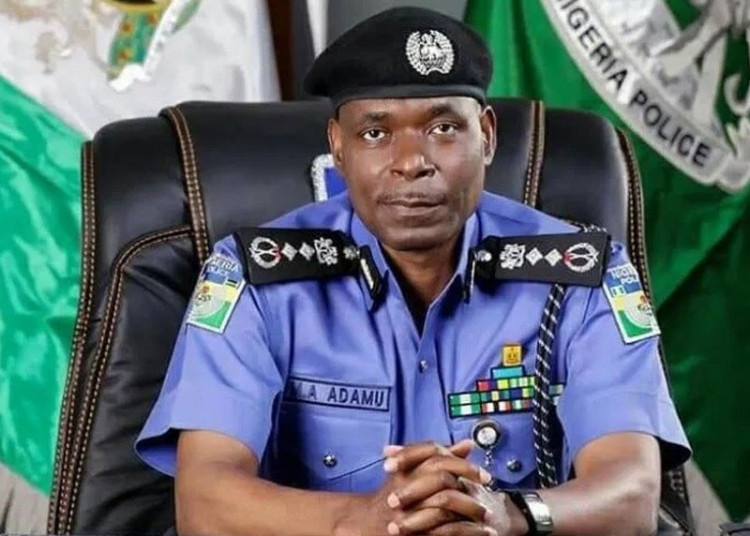 The Ekiti State Government in Nigeria has taken the Inspector General of Police, Mr. Mohammed Adamu, to court over the dismissal of a constable, Ms. Omolola Olajide, for getting pregnant without serving for the required number of years.

The state’s Attorney-General and Commissioner for Justice, Mr. Wale Fapohunda, in a suit challenging the police’s decision contended that the state government took the legal option having considered the dismissal as a constitutional infraction, aberration and flagrant discrimination against women in the force.

The commissioner, in a statement on Sunday by his Special Assistant on Media and Communication, Mr. Olalekan Suleiman, said the suit, marked FHC/ AD/ CS/ 8/ 2021, filed at the Federal High Court, Ado Ekiti Judicial Division, sought a determination of some questions.

The suit is asking the court to determine whether by the combined provisions of Sections 37 and 42 of the Constitution of the Federal Republic of Nigeria 1999 (as amended), and Articles 2, 3, 5, 18(3) and 19 of the African Charter on Human and Peoples’ Rights, the provisions of Section 127 of Police Act and Regulation Cap. P19, Laws of the Federation of Nigeria, 2004, is not unconstitutional, null, and void.

“The Attorney-General by this suit is also seeking an order nullifying Section 127 of the Police Act and Regulations as well as an order of perpetual injunction restraining the Inspector General of Police, Commissioner of Police, Ekiti State Command and the Police Service Commission from implementing the said provisions.

“The Attorney-General has written to the Inspector General of Police offering the support of the Ministry of Justice, Ekiti State in conducting a gender audit of the Police Act and Regulations,” the statement added.

Fapohunda said the litigation was prodded by petitions from the International Federation of Women Lawyers ( FIDA) and other women rights groups in Ekiti State to his office concerning the matter of a woman police discharged from the Nigeria Police Force because of her pregnancy status.

“Section 127 provides that “an unmarried woman police officer who becomes pregnant shall be discharged from the Force, and shall not be re-enlisted except with the approval of the Inspector-General.

“The AG has reviewed the said police regulations and found several provisions in violation of Sections 37 and 42 of the Constitution of the Federal Republic of Nigeria 1999 (as amended) as well as several regional and international treaties to which Nigeria is a party, including the African Charter on Human and Peoples’ Rights.”

According to him, the state government is committed to the eradication of all forms of discrimination against women in public and private life.

He cited the enactment of some laws, including the Gender-Based Violence (Prohibition) Law, 2020 (as amended) and enabled policies aimed at protecting the rights of women in Ekiti State, as part of the state government’s commitment to combat gender discrimination.