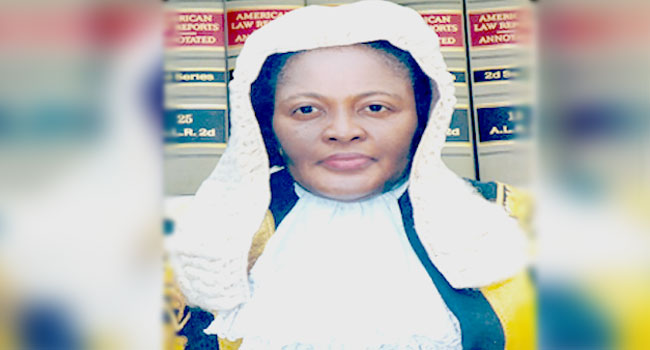 The Executive Secretary of the National Human Rights Commission (NHRC), Tony Ojukwu, has condemned and described the Friday, October 29 incident at Justice Mary Odili’s house as a violation of her rights to privacy.

In a statement on Monday, Mr Ojukwu also stated that the siege violated the integrity of Mrs Odili’s judicial personality, premises, and office.

“These are the only deterrents that can forestall future desecration of the rights to privacy, integrity of the person, residence, and office of our judicial officers especially at that level,” he further stated.

Further reacting to the incident over the weekend in Abuja, Ojukwu said the invasion of the residence of one of the most senior judicial officers in the country is highly condemnable in any democratic setup, describing it as another affront to the judiciary.

The human rights boss said the judiciary is a very important arm of the government that should not be ridiculed under any circumstance, (and inexperienced law enforcement officers must be made to know this), adding that the independence of the judiciary must be respected at all times.

“Time has come to punish this kind of professional misconduct by erring law enforcement officers to forestall total destruction of the integrity of judicial offices and the judiciary.

“This should be condemned by all well-meaning Nigerians in the interest of our nascent democracy, independence of the judiciary, and respect for human rights and Rule of Law,” NHRC’s spokesperson, Fatimah Agwai Mohammed, quoted Mr Ojukwu as saying.

The NHRC executive secretary further said the commission will not relent in its efforts to continue to train and retrain the law enforcement officials to always mainstream human rights in their operations.