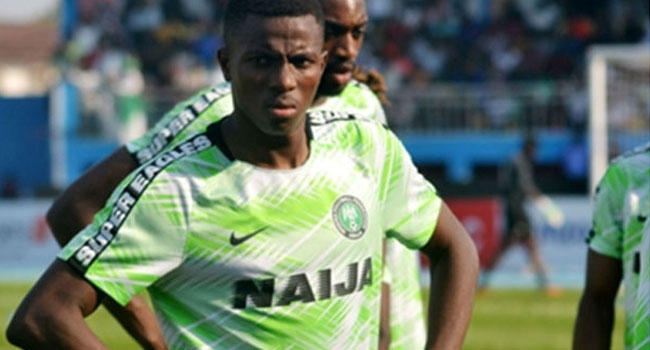 The President of the Nigeria Football Federation (NFF), Amaju Pinnick, has condoled with Super Eagles striker, Victor Osimhen over his father’s demise.

Osimhen had on Sunday tweeted that his father, Mr. Patrick Osimhen had passed away, describing the news as shocking.

In a statement on Sunday evening, the NFF noted that Pinnick had called the former U-17 World Cup champion following the sad news.

“I have spoken to Victor Osimhen and expressed the sorrow of the NFF and the entire Nigerian Football family,” the NFF boss said in the statement.

“His club, Lille OSC of France, has given him a private aircraft to come to Nigeria to be with his family and probably for the burial rites.

“We have applied for landing permit but we are yet to get this. However, we are still on it and hopeful for the sake of the young lad.”

According to the NFF President, “The loss of either parent is usually a moment of heartbreak for anyone.

“We condole with Victor (Osimhen) at this moment and pray that God will grant his late father eternal rest, while also granting the family the fortitude to bear the great loss.”

The late Mr Patrick Osimhen died on Saturday after an illness at the age of 80 years and hails from Esan South East Local Government Area of Edo State.

Osimhen’s mother had passed on in October 2011 and the player is the last child of the family with seven children.

Osimhen was part of the Nigerian team that won the bronze medal at the 2019 Africa Cup of Nations (AFCON) in Egypt.

He helped Lille finish fourth in the French Ligue 1 this term, winning the league’s Player of the Month for September 2019.