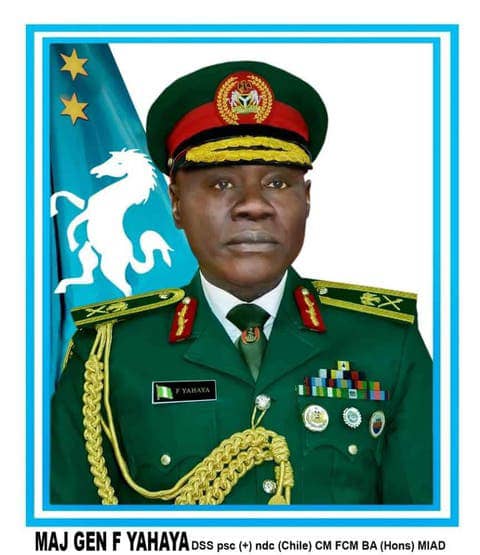 On Friday, the newly-appointed Chief of Army Staff, Major General Faruk Yahaya, assumed office at the Army Headquarters, Abuja, as the Chief of Army Staff. He was appointed by President Muhammadu Buhari on Thursday following the death of Lieutenant General Ibrahim Attahiru along with 10 military officers in the air crash in Kaduna last week Friday

General Yahaya addressed senior officers at the main chamber of the Army Headquarters shortly after the military tradition ceremonies. However, before his address, he observed one minute silence for his predecessor, and 10 other late officers

Before his appointment, Major General Faruk Yahaya, was the General Officer Commanding 1 Division of the Nigerian Army and was also the Theatre Commander of the military outfit in the North-East codenamed Operation Hadin Kai.