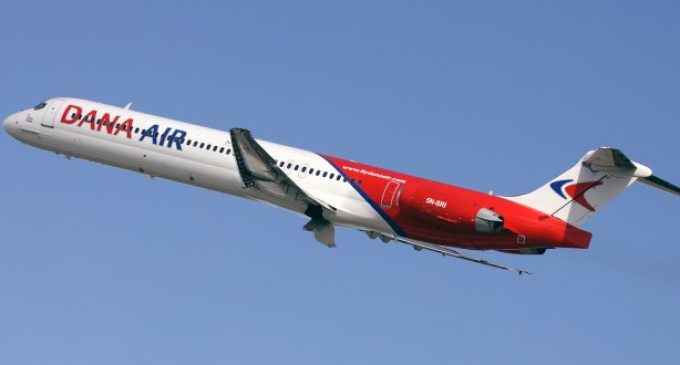 NCAA Director-General, Captain Musa Nuhu, announced this in a statement on Wednesday.

He stated that the suspension of the operations of the airlines would take effect from midnight of July 20.

According to him, the suspension order has since been communicated to the management of Dana Airlines.

The NCAA chief explained that the decision was the outcome of a financial and economic health audit carried out on the airline by the Authority, and the findings of an investigation conducted on the airline’s flight operations recently, which revealed that Dana Airlines was no longer in a position to meet its financial obligations and to conduct safe flight operations.

“The NCAA acknowledges the negative effect this pre-emptive decision will have on the airline’s passengers and the travelling public and seeks their understanding, as the safety of flight operations takes priority over all other considerations,” the statement added.

The suspension of Dana Air operations adds to the woes and challenges bedevilling the aviation industry.

The conditions of Aero’s decision, however, had nothing to do with regulatory action by the NCAA.

Aero contractors explained in a statement that its decision was “due to the impact of the challenging operating environment” on the airline’s daily operations. The suspension took effect on Wednesday.

The airline acknowledged the inconvenience the move might cause.

“We sincerely apologise for any inconvenience caused to our esteemed customers and promise to return to service as soon as possible,” it said.

Airlines in the country have battled challenges in recent times, mainly as a result of the upsurge in the price of aviation fuel and other issues. The challenges which had led airlines to threaten to shut down operations and interventions by the government have remained in place leading to the latest announcement by Aero.

The management reflected this in its statement, stressing that the suspension of passenger operations was a tough decision.

It said, “This decision was carefully considered and taken due to the fact that most of our aircraft are currently undergoing Maintenance, resulting in our inability to offer a seamless and efficient service to our esteemed customers.

“We are working to bring these aircraft back to service in the next few weeks, so we can continue to offer our passengers the safe, efficient, and reliable services that Aero Contractors is known for, which is the hallmark of Aero Contractors Company of Nig. Ltd.”