Naira Suffers Worst Depreciation Against US Dollar At Official Market 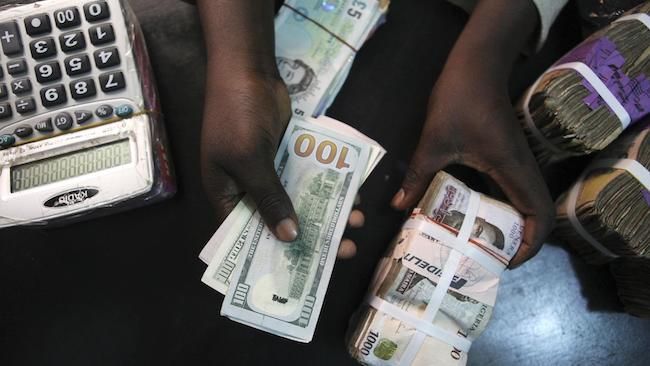 Nigeria’s currency, the Naira, has continued to fall in value against the US dollar, and it is now officially at its lowest level at the official market. According to FMDQsecurities, where Naira is officially traded, investors and exporters paid N441.17 to a dollar on Tuesday, 11 October 2022

This is the first time in history that Nigerians will be paying above N440 to buy a dollar at the official rate.

It was the same scenario at the black market as traders also dropped the value of Nigerian currency to N716.82 to a dollar according to Naira Rates.

For Nigerians travelling to the United Kingdom, at least N873.293 is needed to buy one pound. The Euro also went for as high as N740.6

The fact that Nigeria is suffering from serious dollar shortages is no longer news, but the inability of the Nigerian National Petroleum Company Limited to export enough crude oil is weighing hard.

Nigeria’s main source of foreign revenue remains oil, and NNPC’s battles with crude oil thieves are severely limiting the number of dollars coming into the country. This activity is affecting the Central Bank of Nigeria’s ability to fulfil the demand of Nigerians in need of dollars. Furthermore, the U.S. dollar is strengthening because of the country’s interest rate increase. This has attracted more investors to the country and pushed away foreign investors from Nigeria and other developing countries.

Meanwhile, the CBN has advised Nigerians to stop buying dollars from black market traders. According to Osita Nwanisobi, CBN’s director of communication, the black-market traders are mopping up foreign currencies to create scarcity. He promised that CBN remained committed to solving the fx issues and has been working hard to meet both the demand and supply sides.

Meanwhile, in compliance with CBN directives, ten Nigerian banks have revealed the names of customers buying cheap dollars to resell on the black market likely. In a circular in July 2021, CBN directed banks to publicize the identities of persons who engage in such behaviour and to restrict them from obtaining currency in the future The huge gap between the black market and the official rate has further created a market for some unscrupulous Nigerians to profit from