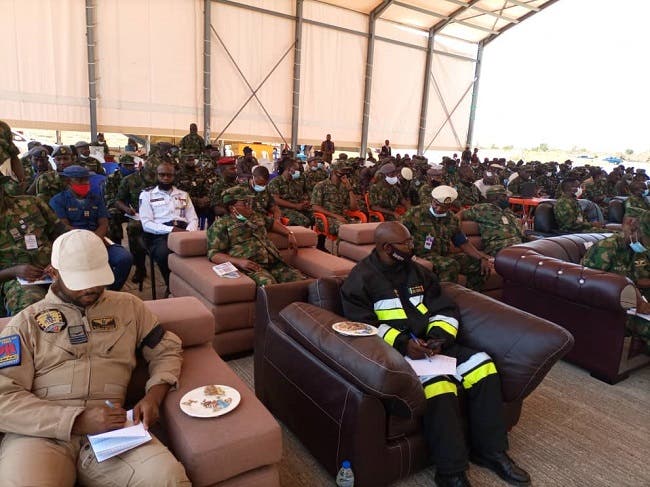 A safety seminar has been organized for Officers, Airmen /Airwomen attached to the operational, engineering, medical and other support arms and units under the Special Operations Command (SOC), Bauchi of the Nigerian Air Force.

The seminar was organised in a bid to forestall air crashes involving the Nigerian Air Force in recent times that have led to the loss of several lives and properties.

While speaking during the opening ceremony of the Seminar, the Air Officer Commanding (AOC), Special Operations Command, Air Vice Marshal Charles Ohwo, disclosed that the theme of this year’s Safety Seminar is, ‘Good Domestic Safety Culture, a Panacea for a Behavioural Change towards NAF Operational Efficiency’ saying that it is indeed very timely and apt.

Charles Owho said that: “The objective of this Seminar is to expose those errors that can lead to accidents so that we as an organisation can implement specialized training, auditing and safety measures to preserve our personnel and materiel.”

He added that “The resources involved in the training of our personnel and procurement of the Nigerian Air Forces assets are huge. It is on this premise and the recent incidences that the NAF has witnessed of late, that the CAS directed that we should first look at our homes and environment hence this seminar on Domestic Safety.”

The AOC of the SOC then charged the participants to be innovative and go beyond the normal norms to ensure that the safety of Officers of men and women personnel was guaranteed.

Charles Ohwo further said that the Command is equipped with Air platforms and crew as well as Regiment Force Protection (FP) and Special Operations Force (SOF) elements amongst other trades, adding that the air and ground combat elements are involved in critical and precision operations that necessitate the highest of safety standards and measures.

He opined that “Studies have shown that when a safety culture is developed in an organisation, employee productivity significantly increased, and organisational costs noticeably decreased. The obvious and the main benefit lies on enhancing operational efficiency which is in line with the Chief of the Air Staff’s Vision.”

According to him, the Safety Seminar 2021 is the third since the inception of the Command in 2016 and has grown to 17 units spread across 13 locations in the area of its coverage.

In his welcome address, the Command Operation Officer and Acting Command Evaluation Officer, Air Commodore Francis Ankeli, said that the Seminar was intended to encourage Commanders to seek a practicable approach in ensuring best practices while in the field of operations.

The Acting Command Evaluation Officer added that “This Seminar is designed primarily to expose us to those errors that could cause domestic accidents and invariably impede the productivity of pilots, operators, maintenance crew, Regiment and support personnel.

“When we know the sources and causes of accidents, we would protect ourselves and our assets against accidents and thus enhancing our safety and operations in the NAF,” he further stated.

As he puts it, “According to the United Kingdom Health and Safety Commission, organisations with a positive safety culture are characterized by communications founded on mutual trust, by shared perceptions of the importance of safety and by confidence in the efficacy of preventive measures.”
Source: Nigerian Tribune