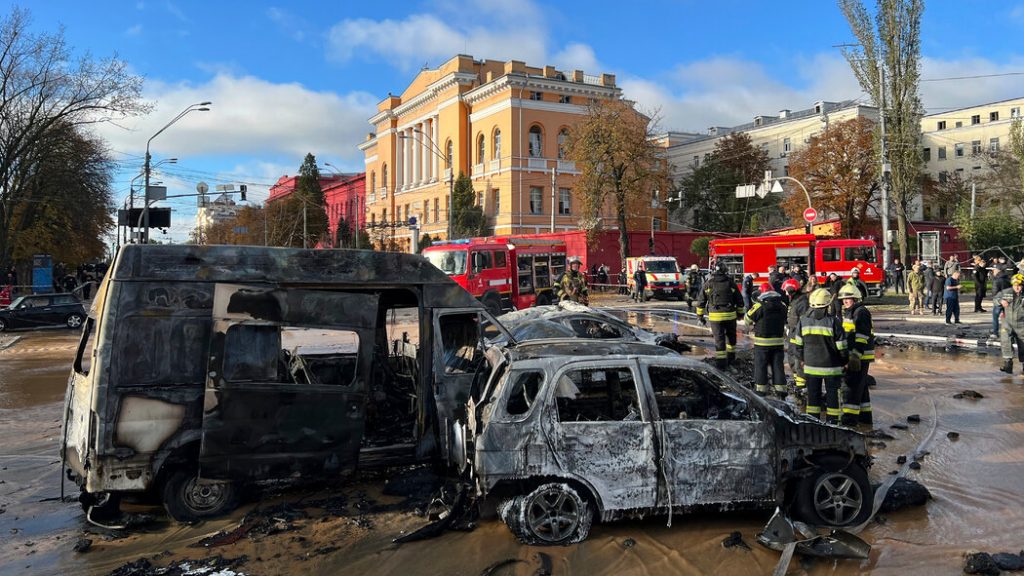 At least eight people have been killed and many others injured as multiple missiles hit the Ukrainian capital, Kyiv, this morning 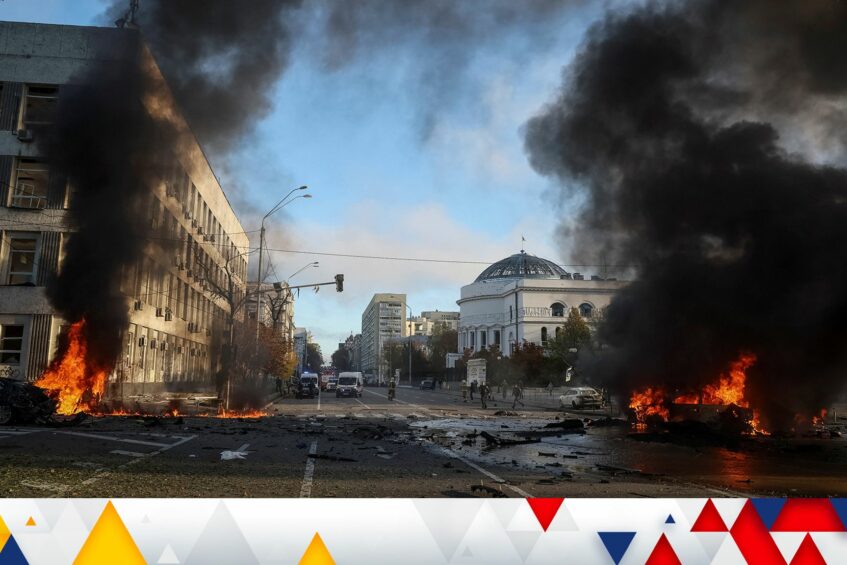 Pictures obtained by Daily Mail from the Ukrainian capital showed burning cars and bodies in the streets as officials said the rockets had hit close to a well-known memorial to a famous statesman, a park, as well as a pedestrian bridge with the main target appearing to be civilians.

President Zelensky also confirmed that the cities of Dnipro and Zaporizhzhia – in central Ukraine – were also hit.

According to some reports, explosions were confirmed in the far-western city of Lviv.

Zelensky, speaking as the attacks were ongoing, claimed that, “Russia is trying to wipe us off the face of the earth”.

Russia, though, gave no immediate justification for the strikes, but many believe this was a retaliatory move after a deadly explosion crippled the Kerch Bridge connecting mainland Russia to Crimea at the weekend.

Putin while reacting to the Crimea bridge