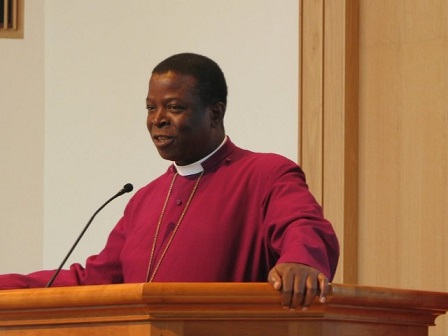 The Primate of the Church of Nigeria (Anglican Communion), The Most Rev. Nicholas D. Okoh, on Friday in Lokoja, announced the release of the wife of the Bishop of Bari Diocese in Kano State, who was kidnapped last week.

Primate Okoh announced this during a live broadcast of the consecration service of five new bishops and presentation of two archbishops, on ACNN TV at the Cathedral Church of Holy Trinity, Lokoja, Kogi State.

The victim, Mrs. Saratu Zubairu and a Diocesan secretary simply identified as Deborah, were kidnapped on the morning of March 10. They were taken by gunmen who reportedly laid siege to Gidan Mato in Bari, where the Anglican Cathedral and Bishop’s Court are situated, and looted the town and premises.

However, Primate Okoh told the large congregation that Zubairu and the secretary had regained their freedom which resulted to a loud shout of praise to God by the congregation.

Settlement Reached by Anglican and Episcopal Dioceses of South Carolina