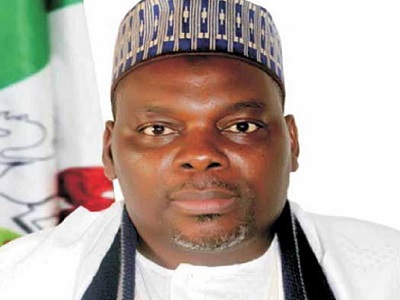 The governor of Kano State, Abdullahi Umar Ganduje, has sacked his Commissioner for Works and Infrastructure, Engr Mu’azu Magaji.

A statement signed by the Commissioner for Information, Malam Muhammad Garba, on Saturday said the sack was with immediate effect.

According to the statement, the commissioner was relieved of his appointment on account of his unguarded utterances against the former Chief of Staff to the President, the late Malam Abba Kyari.

The statement maintained that as a public servant the commissioner ought to have respected the profanity of the office by refraining from any act capable of bringing the office to disrepute.

“The action of a public servant, personal or otherwise reflects back on the government and, therefore, the Ganduje administration would not tolerate people in official capacities engaging in a personal vendetta or otherwise,” said the statement.

The sacked commissioner had stirred controversy in the mainstream All Progressives Congress (APC) state when he made negative comments over the demise of the late former chief of staff.

“I am not a hypocrite and I won’t pretend. While at the personal level, I pray Allah to grant Abba Kyari Jannah…I sincerely believe Nigeria needed a better CoS period,” Magaji had written on his Facebook wall.

In the meantime, Ganduje has condoled with President Muhammadu Buhari, the Federal Government, Nigerians and the families of the late Chief of Staff to the President, Malam Abba Kyari, over his passage.

He prayed for Allah’s forgiveness and blessings for the departed soul of Kyari, describing him as highly reserved and loyal Chief of Staff to the President.

“On behalf of the government and good people of Kano State, I am commiserating with the President and Commander-in-Chief of the Armed Forces of the Federal Republic of Nigeria, Muhammadu Buhari, the Federal Government, his families and the entire Nigerians over the death of Malam Abba Kyari,” he said.