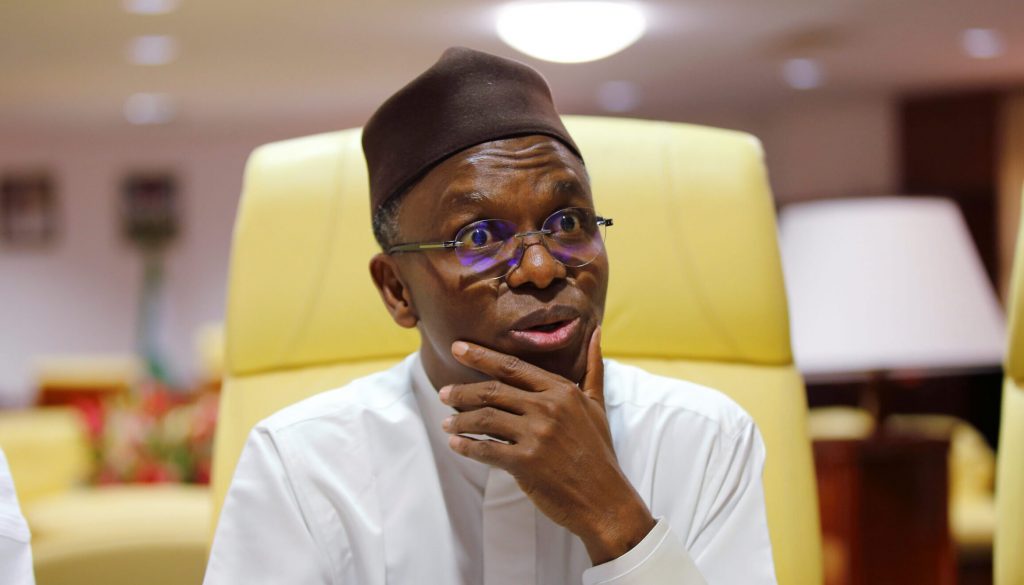 The school authorities of Bethel Baptist High School, Kajuma, in Chikun Local Government Area of Kaduna State have said 140 students were abducted in the school in the early hours of Monday by bandits.

Speaking on behalf of the school, a teacher, Mr Emmanuel Paul, said the bandits stormed the school between the hours of 1:00 a.m. and 2:00 a.m. He said they [bandits] came when the students were asleep, shooting sporadically before they took the students away. Speaking further, Paul said: “From our records, about 140 students are not in school.”

Meanwhile, the abduction of the students immediately led to the blockade of the Kaduna /Kachia highway by hundreds of parents of schoolchildren, women and youths. One of the protesters, Caroline Emmanuel, said: “Bandits have been killing us; they just struck at Nissi community two weeks ago where they kidnapped people. We can’t even go to the farm; we can’t do anything again.

“Now they [bandits] are coming to the schools. Enough is enough. Kaduna State should be declared a state of emergency; if El-Rufai cannot do anything, he has failed.

“The security operatives have refused to enter the forest and a soldier is firing bullets here to disperse harmless parents who are protesting on the road holding leaves; why should they fire bullets in the midst of aggrieved parents when they are supposed to be in the forest rescuing our children?

“Since about 4:00 a.m that we have been here, no soldier or police has entered the forest in search of the kidnapped students.”

Another parent, Esther Joseph, said: “It was around 6:00 a.m that someone called me that bandits had kidnapped some students in Bethel school. “I was calling the teachers but nobody picked my calls; it was the person I sent on Saturday to go and see my daughter that I asked why is it that the management of the school did not close the school and relocate it to Ungwan Boro.

“Why did they not relocate the school which is located where bandits are abducting people? They should have closed the school.”

Meanwhile, the Kaduna State police command has said 26 students and a female teacher have been rescued. This was contained in a statement issued by the Police Public Relations Officer (PPRO) in the state, Muhammad Jalige, on Monday. Jalige, in the statement, said: “In the early hours of today, Monday, July 5, at about 1:43 a.m., the command received a report that bandits, in large numbers, had gained access into Bethel Baptist Secondary School, Kujuma in Chikun Local Government Area.

“They shot sporadically, overpowered the school’s security guards and made their way into the students’ hostel where they abducted an unspecified number of students into the forest. “On the receipt of the information, a joint team of the Nigeria Police, Army and Navy operatives were immediately mobilised to the area with a mission to rescue the abducted students unhurt. “The operatives gave the bandits a hot pursuit occasioned by a tactical application of weapons and succeeded in rescuing 26 students, including a female teacher safely.

“However, the rescue operation is still ongoing to ensure that all victims are safely returned.

“Officers involved in the said operation have been charged to ensure no stone is left unturned with a view to successfully accomplishing the rescue mission since resources will be availed them without delay.”

Meanwhile, the state governor, Malam Nasir El-Rufai, has condemned the abduction. In a statement issued by the Commissioner for Internal Security and Home Affairs, Samuel Aruwan, El-Rufai described the development “as unfortunate and an untold evil to humanity and the cause of education.”

The statement disclosed that immediately the distress calls were received in the early hours of Monday detailing an incursion of bandits into the school, “a team of military and police personnel were mobilised to the school and they pursued the bandits in a bid to avert their evil intention.

“According to reports received from security agencies, 28 students were accounted for, while an unspecified number were abducted.

“Security agencies have assured the Kaduna State government of vigorous search and rescue efforts to locate and secure the unspecified number of abducted students.”

However, following the attack on Bethel Baptist High School, another report had it that the bandits also attempted to kidnap students of Faith Academy, but their plan was thwarted by the military.

The Faith Academy, located at Mararaban Rido, also in Chikun Local Government Area, is less than 500 metres from the Bethel Baptist High School. Nigerian Tribune gathered that the bandits broke part of the perimeter fence of the school from behind in an attempt to enter the school, but their plan was foiled by soldiers and the school’s security guards.

Meanwhile, the state government has ordered the closure of 13 private secondary schools over security threat following Monday’s abduction. This was contained in a statement issued by the Director-General, Kaduna State Schools Quality Assurance Authority, Mrs Umma K. Ahmed. The statement noted that the decision was reached following a meeting held with the National Association of Proprietors of Private Schools (NAPPS) by the state government on Monday. The statement said the decision to close the schools on Monday was taken during the meeting. “You are, hereby, advised to adhere to the contents of this letter as appropriate sanctions shall be meted out to schools that are found wanting,” the statement reads.