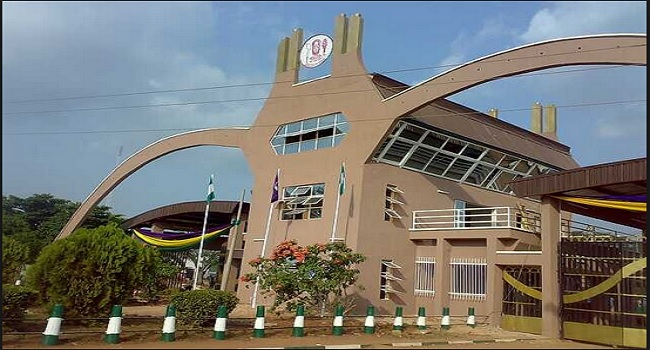 Edo State Governor, Godwin Obaseki, has ordered for an investigation into the murder a 100-level student of the Department of Microbiology, University of Benin (UNIBEN), Vera Uwaila Omozuwa.

The 22-year-old student was reported to have been raped inside a church where she went to read at the Ikpoba Hill area of Benin City, the Edo State Capital.

The men were reported to have struck her in the head with a fire extinguisher after raping her and left her for dead. She was rushed to the University of Benin Teaching Hospital where she later died.

Governor Obaseki in his tweet vowed to ensure that the suspects are found and made to face the full wrath of the law.

“I have ordered the Nigeria Police Force (@PoliceNG) to thoroughly investigate the circumstances that led to the death of Miss Vera Uwaila Omozuwa, a 100-level student of the University of Benin (UNIBEN).

“The @PoliceNG has been mandated to identify, arrest and prosecute anyone found culpable in her death. The Violence Against Persons (VAP) Law is in effect in our state.

“Using this law, we would ensure to investigate what exactly transpired and deal decisively with the those found complicit in the dastardly act, whoever they might be. #JusticeForUwa,” Obaseki’s tweet read.

The news of Uwa’s death had earlier sparked outrage on social media with many demanding for justice using the hashtag #JusticeForUwa.

See below, some of the tweets condemning Uwa’s murder and demanding justice:

Lend your voice as much as you can. The perpetrators of this evil must be brought to justice. 💔 https://t.co/tW0W6JThhH

Stop telling women what not to do and where not to be.

Women are free people and should be able to do whatever they want and be wherever they want without worrying about the possibility of sexual assault.#JusticeForUwa

#WeAreTired aren't we?
We want #JusticeForUwa don't we?
Do you want to do more than tweet and trend hashtags?

Then be there tomorrow, 9am
Ringroad in all Black for a peaceful protest against the rape and murder of dear Uwa#Letstakeittothestreets pic.twitter.com/QWIJdss7Q6

Stop raping women. The sick pleasure you derive is not worth the pain you put us through. #JusticeForUwa pic.twitter.com/tzqUispxBZ