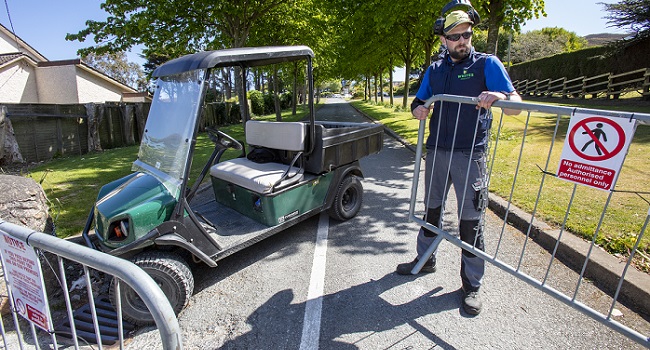 Ireland launched the first tentative step in its plan to lift coronavirus lockdown on Monday, with staff returning to outdoor workplaces as some shops resumed trade and sports facilities unlocked their doors.

The modest tweaks to the restrictions in place since 28 March start a staggered process set to stretch until August.

“I’m pleased that we’ve gotten to this point because of the incredible efforts of the Irish people in suppressing this virus.”

“I’m nervous because the virus hasn’t gone away, there still isn’t a vaccine, there are still people in our country getting very sick, and people dying every day.”

Shops such as garden centres, hardware stores and farmers markets were permitted to open their doors whilst outdoor staff such as builders and gardeners returned to workplaces.

Meanwhile, citizens were permitted to meet in small gatherings outside of people from different households.

But Harris urged caution as the republic took its first step in trying “to live successfully and safely alongside the virus”.

“Just because somewhere is open doesn’t mean we need to go,” he said.

There have been 1,543 deaths from COVID-19 in Ireland according to the department for health.

Reported daily deaths peaked at 77 on 20 April, but by Sunday the figure had fallen to just 10.

As with other nations, officials remain fearful a second wave of infections could inundate the healthcare system.

But Prime minister Leo Varadkar confirmed on Friday that Ireland would press ahead to the first of its five step plan to reopen the nation.

“This gives us reason to hope, but it is not a cause for celebration. We have a long way to go yet,” Varadkar said in a statement.

The fallout of the lockdown changes will be monitored for three weeks before the government decides whether to move to the next stage in the “roadmap” to reopening.

“Coronavirus is an inferno that is raging around the world”, said Varadkar.

“In Ireland, it is now a fire in retreat but it’s not defeated — we must extinguish every spark.”