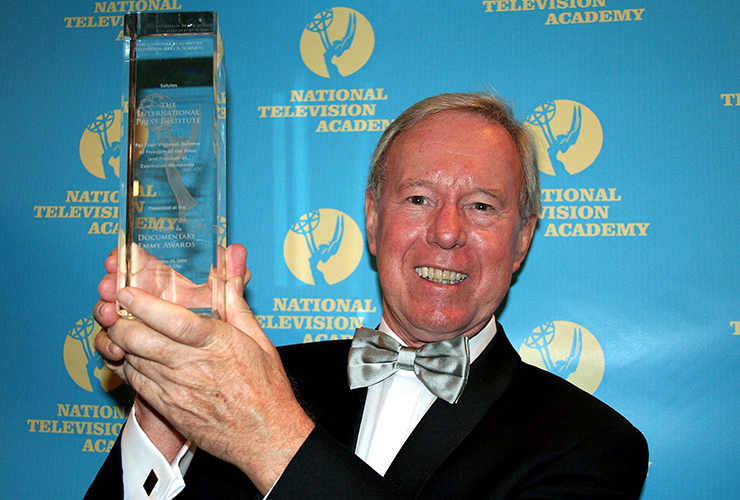 The International Press Institute (IPI) mourns the death of Johann Fritz, director emeritus of the organization, who passed away on September 14 in Vienna, Austria at the age of 81.

A former manager of Austria’s respected Die Presse newspaper, Fritz became IPI’s director designate in 1992. In 1993, as the director, he successfully moved its headquarters from London to Vienna. In March 2000, he was awarded the professional title of “Professor” by the Austrian Federal Ministry of Science and Research. Fritz stepped down as director of IPI at the end of 2007, after 15 years heading the organization.

Educated in both Vienna and the United States, Fritz’s early career was with an Austrian youth organization. In 1970, he joined the Austrian Economic League where, among other duties, he edited its magazine. From 1975 to 1991, he managed the daily newspaper Die Presse and from 1975 to 1983 was also managing director of Austrian Cable Television. In 1977, he co-founded Radio Adria, a radio station for German-speaking tourists in northern Italy, with his wife, Brigitte.

Respected across the globe

IPI members remembered Fritz’s dedication to IPI and the cause of press freedom as well as his success in ensuring the organization’s stability.

Simon Li, former assistant managing director of the Los Angeles Times and a former IPI vice chair, said: “We owe a debt of gratitude to Johann Fritz for putting an elaborate support structure for IPI in place in Austria, which kept the organization healthy for so long. Despite the disruptions to the basic foundations of the media world, he left the organization with more than adequate financial reserves, which has helped the organization survive and continue to fulfil its 71-year-old mission.”

Philip Mathew, editor of India’s Malayala Manorama and a former IPI vice chair, added: “He was a real dynamic personality, an absolute go-getter, and a tough task master. He didn’t believe in compromises and was a perfectionist!”

Bang Sang Hoon, publisher of South Korea’s Chosun Ilbo and a former IPI vice chair, commented: “I will always cherish Johann’s spirit, as he was a pioneer in protecting the freedom of press all over the world, including Korea. His visit to Seoul back in 2001 deeply impacted and helped support Korean media during difficult times. Johann will forever be remembered as the leading guardian of the freedom of press. His presence will always be missed among us.”

During Johann Fritz’s 15 years leading the organization, IPI held a historic World Congress in Cape Town in 1994 just months before the first post-apartheid elections in South Africa. He also oversaw the 50th anniversary of IPI in 2000 in Boston with the first 50 World Press Freedom Heroes being honoured at a ceremony at Faneuil Hall. Another award created during Johann Fritz’s time as director was the IPI Free Media Pioneer Award, which has been awarding trailblazing media or press freedom organizations that have opened up new frontiers for the free flow of news and information in their countries since 1996.

In 2006, IPI was awarded the News and Documentary Emmy for its press freedom work alongside Reporters Without Borders and the Committee to Protect Journalists. Johann Fritz was in New York to receive the Emmy on behalf of IPI.

In a publication marking his 15 years at IPI, he wrote: “To conclude on a personal note: Over the years I have become more and more wrapped up in my job. It has truly turned into a mission. I am one of the fortunate people who are absolutely involved, but at the same time I have gone through a process of learning. There might be no harm in dreaming of a perfect world, but my mission is to do what is practicable.”

In an essay about “what press freedom means to me” Fritz said: “A free flow of information and opinions is society’s oxygen. We need it to stimulate thought and debate; we need it to evaluate the performance of our representatives; and we need it to expose human rights violations and abuse of power.”

“Johann Fritz will always be an integral part of IPI’s history, and the organization owes him an immense debt of gratitude. I had the privilege of working with Johann for seven years and I will always remember his perseverance and dedication to IPI’s mission”, current IPI Executive Director Executive Director Barbara Trionfi said.