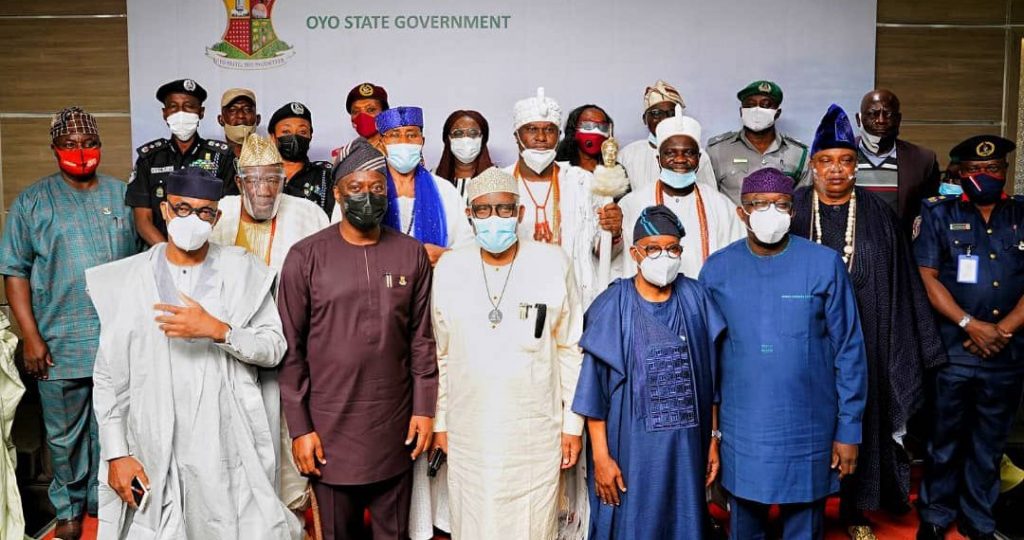 South-West governors and traditional rulers met in Ibadan, Oyo State capital, on Saturday, to appraise the security situation of the zone.

In his speech, Governor Rotimi Akeredolu of Ondo State and Chairman of the South-West Governors’ Forum, who spoke at the end of the meeting said that though the meeting was at the instance of the Chief of Staff to the President, Prof. Ibrahim Gambari, the Inspector General of Police, Mohammed Adamu, and the Director-General of the Department of State Services, the trio could not fly out of Abuja due to bad weather.

He said that the governors and the traditional rulers thereafter decided to meet to appraise the security situation in the zone.

A statement by the Chief Press Secretary to Governor ‘Seyi Makinde of Oyo State, Mr. Taiwo Adisa, indicated that Akeredolu read a three-point communique agreed to after the meeting.

The communique said, “that the meeting supported the decision of the National Economic Council (NEC) on forest management; that the nation’s borders need to be fully secured and protected; that open grazing must be checked and looked at and that media practitioners must assist the country to end fake news.”

The meeting, which was held inside the Executive Council Chambers of the Governor’s office, Agodi, Ibadan, had in attendance five governors including the host, Governor Makinde; Governors Akeredolu of Ondo, Kayode Fayemi of Ekiti, Gboyega Oyetola of Osun, and Dapo Abiodun of Ogun State. 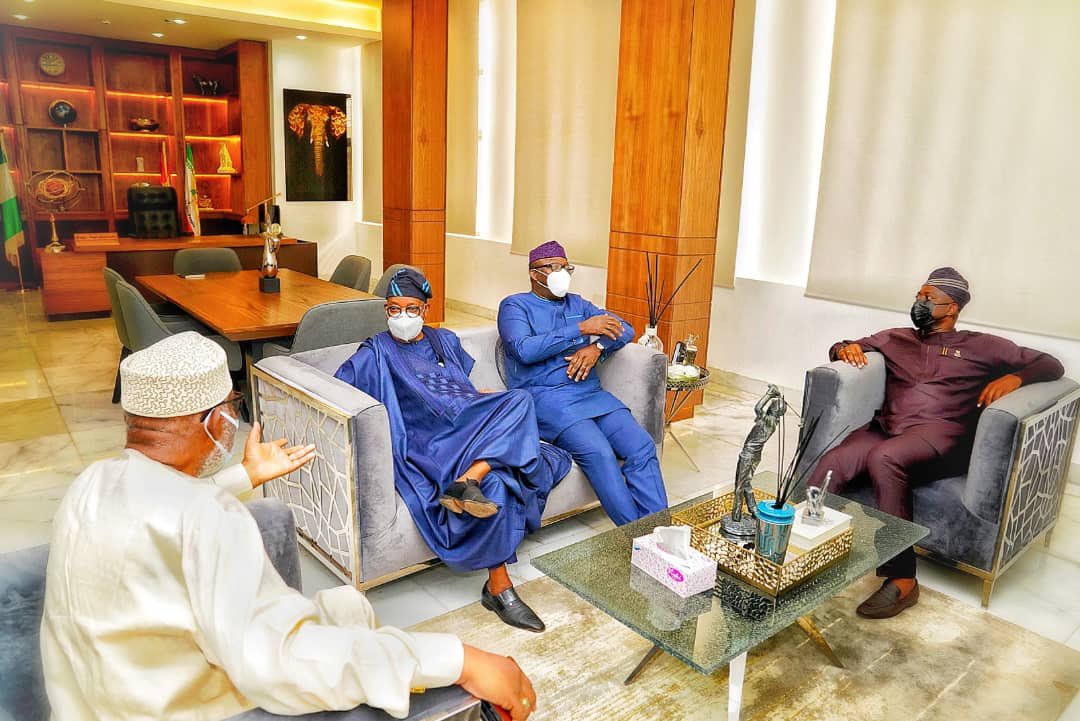 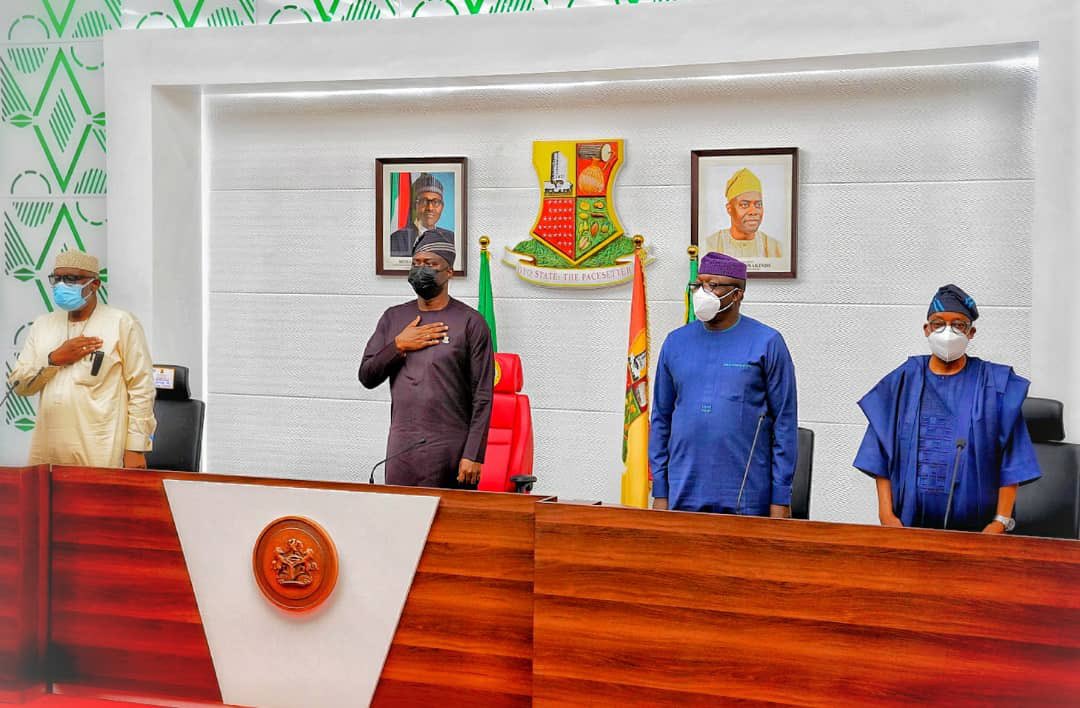 The meeting equally had in attendance the Deputy Inspector General of Police in charge of South-West, David Folawiyo, and security chiefs serving in Oyo State.

Others included the chairmen of Council of Traditional Rulers in each of the South-West states and some first-class monarchs.

According to Akeredolu, the meeting was held to find lasting solutions to the lingering security issues in the zone. 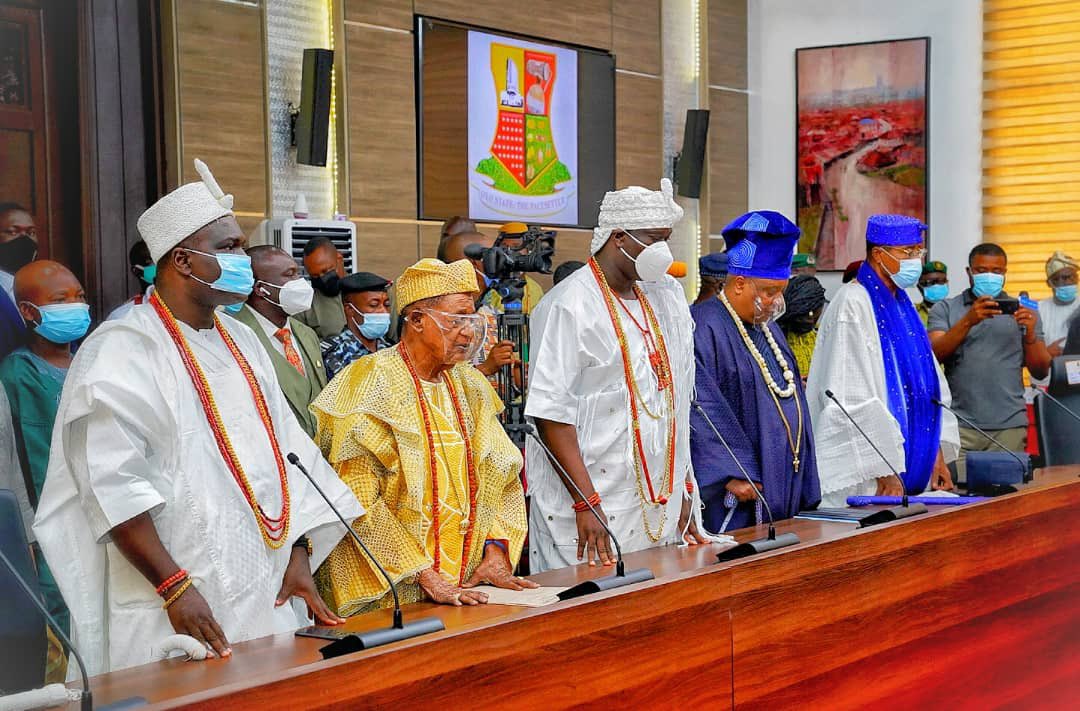 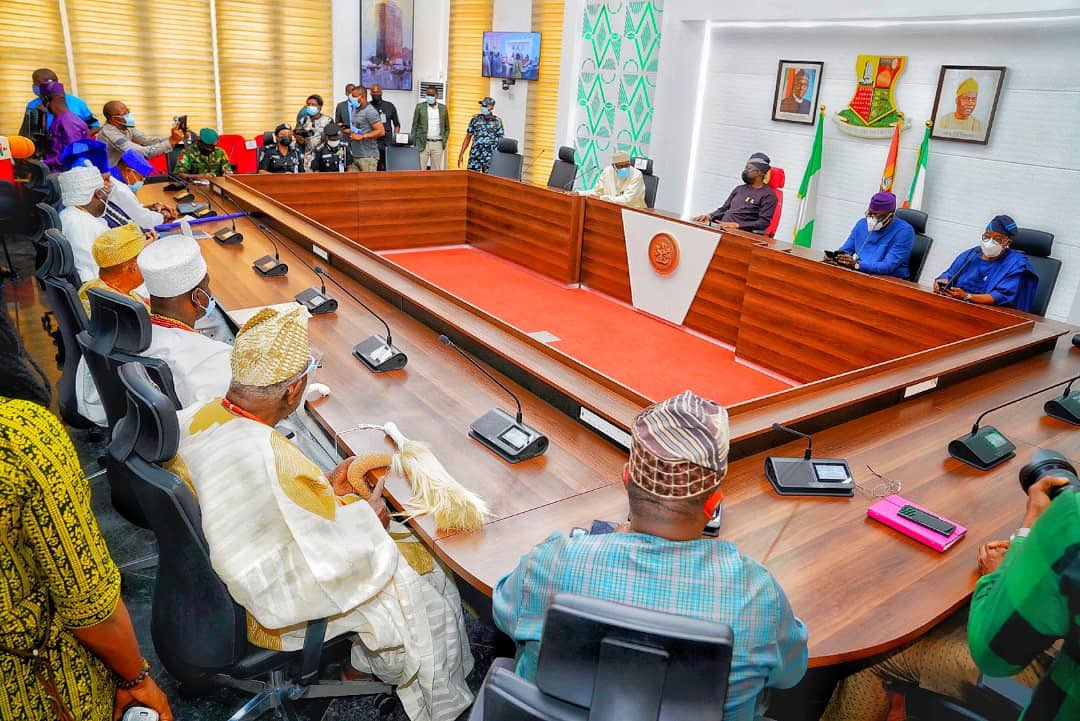 Also in attendance was the Oyo State Commissioner of Police, Ngozi Onadeko, and other heads of security agencies in Oyo State.