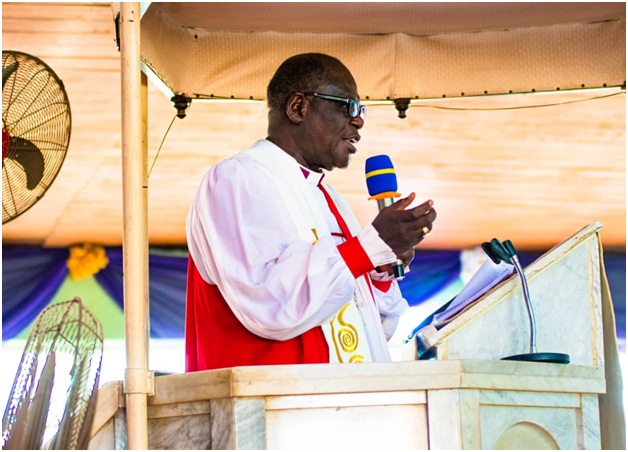 The Archbishop of the Church of Nigeria, Anglican Communion, Akure Diocese, Simeon Borokini, has called on the government to find a lasting solution to the problem of insecurity ravaging the country.

The cleric berated the Federal Government for being insensitive to the security situation in the country. To this end, he charged the Christians in the country to find a way to defend themselves against invaders.

He stated these at the first session of the 14th synod of Akure Diocese of the church, held at Saint Andrew’s Church, Akure, the state capital.

According to the bishop, the best thing for Christians is to get arms legitimately to defend themselves. He also decried the attack on the church by the suspected terrorists.

He said, “Anybody willing to have something to protect himself should get a license, if it is a gun or anything that anyone wants to use to protect himself, I will support it since the government seems to be negligent as far as security is concerned.”

Borokini also called on the Federal Government to amend the constitution in order for the state governments to have their own police.

He said, “The number of policemen that we have cannot protect all the citizens that we have in the country. So, we should do something at the local level. We have been asking all our church leaders to comply with the installation of Closed-circuit television cameras in the church; they should get the gadgets before August 1, 2022, which is the deadline.

“Nigeria, God’s own country, the giant of Africa, a nation flowing with milk and honey is now a place where everyone is avoiding partnering with or to even coming and investing in. Even, the citizens are running from the country to go and look for a greener pasture and find solace somewhere else as a result of the security challenges. The nation is faced with an unprecedented wave of different but overlapping insurgencies and almost every corner has been hit by violence and crime.

“This scale of insecurity threatens the very fabric of Nigerian society. With every attack that is carried out daily, human lives are either lost or permanently damaged. As a result of this, faith in democracy and the country is gradually eroding. The promise by the government to protect citizens from terrorists and criminals has not been kept; instead, the country has become more unstable than it has been in decades.

“The recent surge of insecurity has been linked to the poverty across the country. The nation is abundantly blessed but criminally youth unemployment is alarming and the country is in the middle of one of the economic downturns. Criminals and terrorists are tagged, bandits, and unknown gunmen. Even though it was reported that the militant group – Boko Haram has been technically defeated; deadly herdsmen are always on a killing spree anytime there is any misunderstanding between them and the farmers.

“The violent disputes between these nomadic animal herders and farmers in Nigeria have caused a lot of tension and this has led to some State Governors banning grazing on open land and thus creating friction with the central government. Banditry and kidnapping: one of the worrisome threats for families in Nigeria are the frequent indiscriminate kidnapping of school children in their classrooms and students in the boarding houses, adults, travelers, and farmers on their farms. They raid villages, and settlements, kidnap civilians, military officers, and even kings in their palaces, and burn down houses.

“Attacks by these deadly criminals have forced thousands of people to flee their homes to seek shelter in other parts of the country. Kidnapping has become a lucrative industry to the extent that individuals kidnap themselves for ransom.”

The cleric appealed to every facet of the government to put in place sound government intervention and heightened attention to strengthen the manufacturing sector in order to expand and grow the economy, thereby, creating a sustainable job for the teaming youth population.