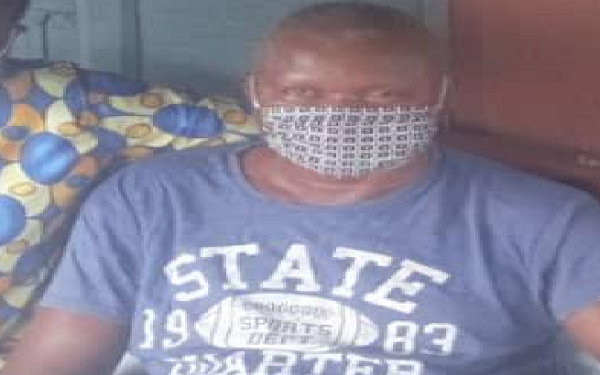 Former Super Eagles strongman, Sunday Eboigbe is dying. The no-nonsense player famously known for his central-defensive partnership with Bright Omokaro at the 1988 Africa Cup of Nations (AFCON) said he needs help to survive a 12-year battle with stroke.

The New Nigeria Bank (NNB) regular played for the national team of Nigeria from 1983 to 1990 appearing 58 times and helped himself to two AFCON silver in 1984 and 1988. So effective was the defensive pair that Eagles conceded only three on field goals throughout ‘88 AFCON.

Speaking from his base in Benin-Edo state, the 55-year old made a passionate Save-My-Soul appeal to the Nigeria Football Federation (NFF), the Sport Minster Sunday Dare and the Players Union.

He won the Nigeria Na“It has not been easy for me and family. I have been fighting this battle since 2008 all alone. Former governor of Lagos State, Raji Fashola was of tremendous help about 10 years ago and that is all the help I’ve gotten.

“My first child is 22 and the others are still young. They are too young to provide for me. For two years now, I’ve not been able to keep my hospital appointments.

I’m in pain. I’m dying. I need help quickly. I’m calling on the Sport Minster, the NFF to come to my aid,” he said.

The illness has rendered the once tough defender permanently locked down as he could not use his hands and one leg well. “I cannot work or move around without help. My wife and children are the ones helping me.”

“The NFF are the custodian of football in the country. They must have a structure that will accommodate welfare and pension scheme for ex-players.

I can tell you for a certainty that some of our players who played abroad are still collecting pension from their clubs. Players Union must do right too. I have 80 ex-players on my list who are in distress,” Disu.