Lessons from the Taliban takeover of Afghanistan 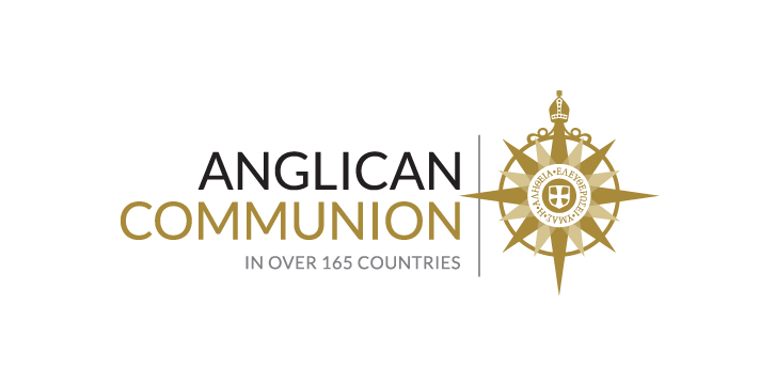 Make no mistake about it, western Anglican pansexualists including American Presiding Bishop Michael Curry, aided and abetted by the Archbishop of Canterbury and other western pro-pansexual Anglican provinces and archbishops are pushing this vile behavior onto the communion with one intent, to turn the Anglican communion away from its God given mission to “make disciples of all nations” (Mt 28:19) and into a minefield of sexualities that will ultimately destroy it.

One has only to read Peter Akinola’s biography, Who Blinks First? to realize how dangerously close the whole Anglican communion came to being overrun; facing complete moral collapse.

The story of the Nigerian Archbishop Primate is that one man with God is still a majority. History will record that Akinola stood in the gap like an Old Testament prophet, waving his arms calling down God’s wrath against Satan’s power.

Just as the Taliban closed ranks with tribal leaders and formed a cohesive force to overturn the Afghani government, so to archbishops Williams, Welby, Griswold, Jefferts Schori, Michael Curry and many others aided and abetted by money and organizations like Integrity, Changing Attitude and the Ozanne foundation, have united to bend, twist and distort the Bible’s clear teaching on human sexuality. [The Rev.] Colin Coward of Changing Attitude dismisses the Bible’s clear prohibitions on homosexuality calling them “clobber verses”, thus mocking the authority of Scripture.

C S. Lewis stated it with complete clarity, “Chastity is the most unpopular of the Christian virtues. There is no getting away from it: the old Christian rule is, “Either marriage, with complete faithfulness to your partner, or else total abstinence.”

That clear biblical stance has now been mocked and destroyed by most western Anglican provinces. The serpentine evil of homosexuality, ‘did God say’ has woven its tentacles around the communion with satanic like power, strangling those who disagree, using money to bribe, mocking and browbeating fence sitters into acquiescence.

It has been a painful three decades to watch, with still no letup in sight.

The Taliban took less than two weeks to overrun the government. Now we will watch retribution with hangings, forced marriages, abductions, rape, and the possible total destruction of the fledgling Christian community.

In the Anglican communion we are watching the evil of deviant sexualities pushed initially by Louie Crew, Susan Russell, John Shelby Spong, Frank Griswold, Gene Robinson, Mary Glasspool and a whole host of episcopal bishops slowly destroy a once proud denomination. For their sins the ACNA was born.

Instead of beheadings, revisionist bishops have used their ecclesiastical toolbox to inhibit and depose godly clergy and bishops, propping up their drive to destroy them, tossing them from their parishes, reducing their pensions, forcing them to start again, while using money from the national church to keep remnant dying dioceses afloat.

History will surely reveal that the queen of episcopal evil was Katharine Jefferts Schori. In her efforts to destroy the faith once for all delivered to the saints, she spared no quarter to those who disagreed with her. She was on a mission to destroy and she did it brilliantly.

In his page turning, chilling take on his decade as primate of Nigeria, sitting on the councils of the Church, and globetrotting from one conference to the next, Akinola reveals just how devious and demonic were the forces arrayed not only at him personally but in efforts to undermine the Anglican communion from within. If he had given any ground to people like Rowan Williams, the game would have been lost. Without Akinola, Satan could have used liberal and revisionist archbishops, as the Taliban used proxy war lords, to coalesce around a small group of homosexuals and literally taken over the communion. Mercifully, it did not happen.

Today, even with Akinola gone and GAFCON formed as an alternative to the Lambeth Conference, the snake of sodomy lurks in the Anglican Garden ready to pounce on vulnerable bishops.

There are three classes of bishops a former Anglican bishop noted.

There are Affirming Catholics, Anglo Catholics and evangelicals.

Affirming Catholics not only affirm women to all ecclesiastical levels of the church they also have no difficulty affirming homosexuality.

Evangelicals stand by scripture and declare any sex outside of marriage between a man and a woman to be sin. But there is a steady drumbeat by aggrieved homosexuals to pick through the weak evangelical armor points. First, they invite understanding, then felt pain followed by acquiescence, they begin to make headway. The Bishops of the Anglican Church in North America (ACNA) were forced to put out a pastoral statement after hearing reports of varied application among ACNA leaders and some progressive evangelicals regarding the use of language about sexual identity, especially within provincial events. It was a knife at the throat of the bishops.

The Church of England’s LLF report draws in evangelicals to listen, (a much-favored word of the left), then recognize that God might be doing a new thing. They want evangelicals to roll over to the idea that God not only loves homosexuals but allows them freedom to sexually express the full understanding of who they say they are, and then be accepted. This, at least, is the hope of Justin Welby.

Consider the soft language of fudge and obfuscation; “This church-wide learning together, listening to one another, and listening to God is part of discerning a way forward for the Church of England in relation to matters of identity, sexuality, relationships and marriage.” No mention that Scripture is the only authoritative source to “discerning God’s way forward;” one must be conscious of cultural attitudes.

Weak-willed TEC episcopal evangelical bishops like Greg Brewer and George Sumner are little more than useful idiots in the house of TEC. They are bent on keeping their pensions, staying under the church’s official radar, while knowing in their hearts that homosexual marriage is wrong. With smiles for all, they stay in TEC.

Globally, the picture is mixed. Only one African province is pro-homosexual — The Anglican Church of Southern Africa, no other Provinces are pro homosexual.

The tragedy is that the majority of Bishops in Southern Africa are orthodox. They are under two strongholds that keep them from standing up. First, when they decided to fight apartheid, they decided that they had to be united in order to fight the apartheid government. That was good. The downside is that they took up the mantle “unity is more important than anything else.” (Where have we heard that before!) Second, they only have courage when they are able to claim 100% unity (like against apartheid). Otherwise, they refuse to speak up or stand out, staying silent until the overwhelming majority position is established. Then they say, “Me too.”

Other African provinces have individual Bishops who are tied to Western liberals for money, but very few are actually pushing that agenda out of conviction. Most think they can use the Western liberals’ money without falling under their spell.

The way that TEC works is to identify the weakest, most financially vulnerable bishop in a province. Then they pump in money. At first, they don’t even ask for anything, but then they tell the bishop that he is going to host such-and-such a conference or promote a certain candidate for CAPA General Secretary, etc.

TEC has amazing insight into whom to target. If that bishop later does not do their bidding, they attack viciously. An example of this was Bernard Ntahoturi Bishop of Burundi. They smoked him when he was not moving fast enough and he started to hang out with GAFCON. There have been others, like Johannes Angela in Kenya. Before he retired, Angela hosted “Rainbow” conferences. I don’t think the liberals orchestrated it, but after he retired, he had a huge scandal about sexual misconduct and could not get any support from the liberals.

Today, after a decade holding the Anglican communion together, Akinola’s place in history is assured. He left in place faithful bishops to counter any possibility that the liberal west could take over the communion. They have been permanently thwarted.

Archbishop Akinola is a prophet for our time. While western pansexualists snarl and rage against the night, the forces of darkness have been pushed back and with GAFCON a new day has dawned.