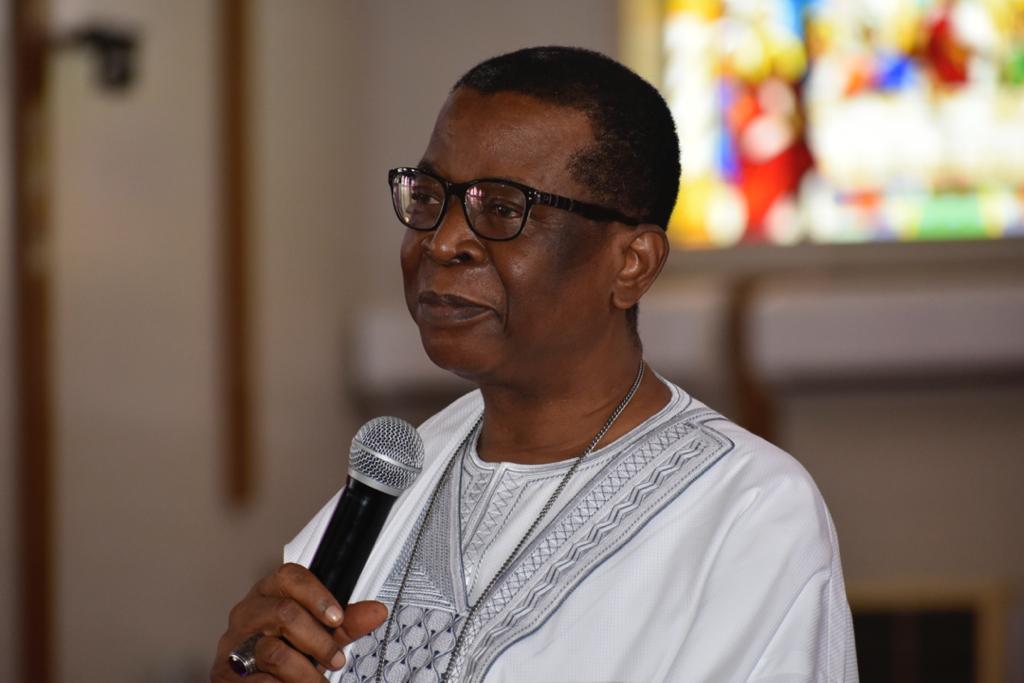 Share
Facebook Twitter LinkedIn Pinterest Email WhatsApp
The immediate past Archbishop, Metropolitan and Primate of all Nigeria, Anglican Communion, The Most Revd Nicholas D. Okoh shared how he was miraculously revived back from death as he could have succumbed to a life threatening illness shortly after retirement on 25 March 2020.
Primate Okoh who was at the Cathedral Church of the Advent, Life Camp Abuja on 6th June 2021 where the Church of Nigeria under the Primacy of the Most Rev’d Henry Ndukuba organised what was  tagged: ” Thanksgiving Service For The Recovery of His Grace, The Most  Rev’d Dr Nicholas Okoh.
In a moving testimony, Most Revd Okoh gave a chilling tales of how he came back from the throes of death.
THE TESTIMONY
“Praise ye the lord. For me I travelled to the land of the dead and the Lord brought me back.
“I want to use this opportunity to thank Almighty God who is the father of us all for the wonderful things He has done for me, that I did not retire unto death.
“At  a point I was counting it, I said former Primates; Olufosoye did not retire to death, Adetiloye did not retire to death, Akinola did not retire to death.  I will not start it. So for me I am very grateful to God. To our Primate Henry Ndukuba I want to thank you in a special way for the initiative to handle this thanksgiving in a special way. It wasn’t my idea, what I thought was that I should come to church quietly do my thanksgiving -God sees my heart-  but he persuaded me that this is the way we should do it and I think his idea is better so we thank you very much.
“I want to thank my wife and children because it came to a point when we did not know what to do.  Some suggested I should go to United Kingdom.  Actually we made arrangement to go. Fortunately we found  one hospital that accepted us,  where Primate’s brother works,  but later they said because of covid I shouldn’t come again.  I was downcast then quickly there was another initiative which I would  call John’s initiative – my friend arranged that I should  be taken to Dubai quickly but  that one too started to develop problem, when that one too started to develop problem I said maybe this was going to be  the end. I said  no problem we would  face it. Then they said if we could not go to Dubai we should go to Abu Dhabi. But  that place is very hot, again that one failed because I can’t see myself staying in that hot place with my health condition.
“Then another plan surfaced that I should go to South Africa, that was where the whole negotiations   broke down. South Africa I have been there before but my spirit did not  want me to go there,  just like from the beginning. I ruled out going to India, so the children now said if you don’t want to go to south Africa, and you don’t want to go to India, where else do you want to go, you want to die?  I said no.  Let us be praying and those people warned me that am losing time very fast, I said ok so instead of going to South Africa, as they are black people like us, let me go to Nigeria and face it. 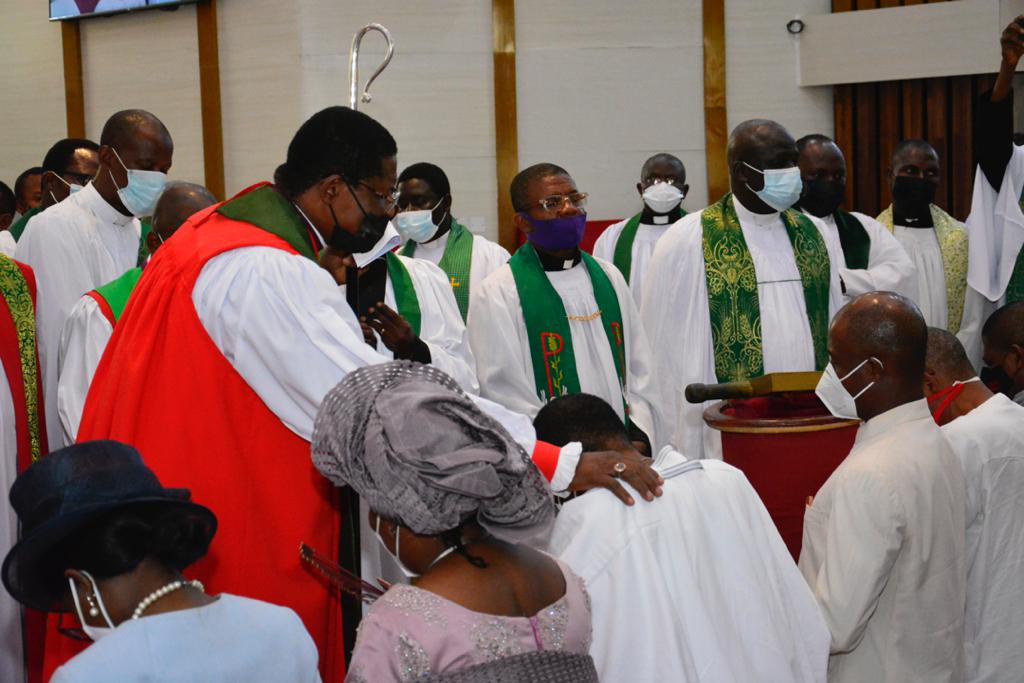 “One consolation I had for choosing Nigeria was that if I died my wife and children will see me live, they will see my body and everything, they don’t have to put me in a cargo to bring me back.
“So we settled it that way and I decided to go and face it, we were admitted and after one week of admission I developed a robust confidence that the Nigeria hospital will be able to do it.
“Am very sorry that many of you didn’t know even the clergy because the hospital said they would not like to control the church in the hospital because of covid , that too many people going and coming will not be helpful so I think about 3 or 4 clergy men and of course the Primate were visiting but saw me through the glass They didn’t come in initially to show you how serious it was, They were only able to speak to me through phone but thank God I can speak to them directly now.
“Am grateful to my Governor his Excellency Ifeanyi Okowa and his wife Dame Evangelist Edith okowa,  were there from the beginning calling every day, every night to know my condition.  They even  persuaded me to go abroad but together we were all trying in the uk axis and it didn’t work out, so they all agreed with me that I should face it here with prayers.  I thank them for this decision.

For one thing you know in  this country if anything happens to you people will say witch don kill am and I said I cannot be a Primate and witch will come and kill me, if I die I will die naturally.  I called prominent leaders in my community and  told them if I die don’t disturb my wife she is not the one who killed me because the usual thing is to start pointing accusing  fingers at your wife, ‘she’s the one that killed him’. No oo maybe as I retire from primacy I also retire from this world. However we thank God it didn’t happen that way.

“God helped us,  the governor, his wife, Godson and all of them by  putting their hands together to make sure nobody generated any tension about my ill health.  I want to say that John Opara has shown me friendship, we worked together for almost 10 years at NCPC and I envied the period we worked together. He is an honest young man, a diligent worker and am sure wherever he will work he will succeed as he is succeeding where he is now. John thank you very much, the clergy men who came were strictly warned not to pass the information because it could have bad wagon effect and people would start trouping in so am not saying that those of you who didn’t come aren’t my friends, you are my friends for not disobeying hospital orders.
“Those who came, about 2 or 3 we were able to manage their presence even though the hospital wanted to say why are they going and coming in, and I told them I need people and so we thank you, we are very grateful. We don’t know how to thank you but for the Primate, the clergy, the choristers, the men and women in the church of God we say thank you and thank you again.”
Watch the Video Here:
https://youtu.be/lZNa18wQy2Q
Health Kennedy John Primate Ndukuba Primate Okoh Testimony
Share. Facebook Twitter Pinterest LinkedIn Tumblr Email WhatsApp