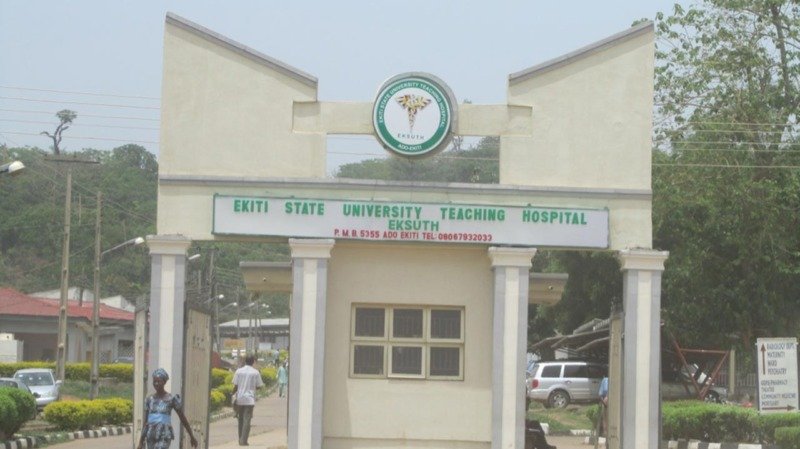 Patients at the Ekiti State University Teaching Hospital, Ado Ekiti, were on Monday left unattended as members of the Joint Health Sector Unions, JOHESU, shut down the institution.

The aggrieved workers locked the major entrances, thus preventing all other workers from gaining access to the hospital.

The action of the workers is a sequel to the alleged failure of the government to attend to their demands as confirmed by JOHESU Chairperson, Comrade Omotola Farotimi.

She said: “It’s a long-time matter which government has failed to resolve over the years.

“It includes non-remittance of our cooperative deductions, special levies, union dues, and implementation of minimum wage.

“We are being owed deductions running to two years and we are getting tired.

“This development has left to brain drain, as many of our best hands have left for greener pastures.

“We signed an MOU with the government that every approval for staff of Federal Teaching Hospital by the government would be given to us but we are yet to get a minimum wage which has been approved since 2019.

“The last board approved it but the management failed to pay.

“It is disheartening that despite our sacrifices we have been treated so badly by successive governments.”

Mrs. Farotimi said the demonstration would continue until the government does the needful.

Some relatives of patients who spoke described the development as painful as patients were the ones bearing the brunt.