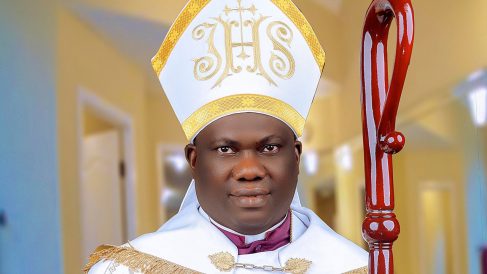 Romans 6:22, “But now having been set free from sin, and having become slaves of God, you have your fruit to holiness, and the end, everlasting life.”

Romans 6:15-23, talked about, why we should not keep sinning once we have come to faith in Christ and are no longer under the law of Moses. Paul said that, we can continue to lead lives of volunteer slavery to sin if we don’t resist it. Instead, we should live as if righteousness was our master, which, in a sense, it is. We should obey righteousness instead of our sinful desires, in part, because we now understand the consequences of sin. Instead of shame and death, we should serve God who gives eternal life as a gift.

Shame and death. Paul describes those as the consequences, or fruit, of a life lived free of the control of righteousness. Slavery to sin always leads to shame and, eventually, death. Apostle Paul’s readers in Rome, however, left that life behind. Though faith in Christ and by God’s grace, they had been set free from their slavery to sin. They had been loosed from the compulsion to serve their sinful desires.

Now they had become “slaves of God.” Paul has previously described this same state as being “slaves to righteousness” (Rm.6:18). Paul began this epistle by describing himself as a slave or servant of Christ Jesus, using the word of his day for a person who entered freely into a master/slave relationship with another. While not a perfect analogy – as Paul himself noted (Rm. 6:19) – it’s useful to make the point at hand.

Paul now writes that, by trusting in Christ for our salvation, we have entered into that same relationship with God. Our identity is so closely connected to Christ that we are being changed to people who are bound to do what is right. This is who we are now. This is good news. Why? Because the fruit – the natural consequence – of serving righteousness is sanctification and eternal life. This is opposed to the shame and death which follow from serving sin.

Sanctification, translated sometimes as holiness, is the process of being changed in our inner selves to become more and more like Christ. We are not fully there yet (1Jn.1:9-10), but because we now belong to God, we are on the way. He is changing us (1Jn.3:2). Ultimately, the result of this path we are on in Christ will be eternal life. We will participate in the glories of God forever.

(The Rt Rev Enoch Atuboyedia is the Anglican Bishop of the Diocese of  Okrika, Rivers State)