Gov. Sanwo-Olu Commended For Exemplary Leadership In Lagos By NANS 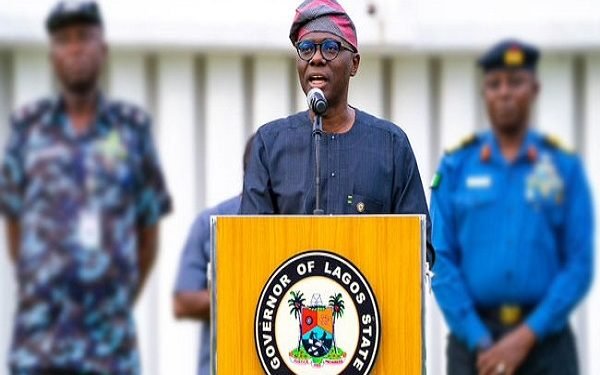 The leadership of the National Association of Nigerian Students (NANS), led by Comrade Asefon Sunday has given a pass mark to the two-year-old administration of Governor Babajide Sanwo-Olu of Lagos State.

The student’s body also commended the Lagos State Governor for his impressive achievements, especially in the educational sector since the inception of his administration.

Asefon who spoke with newsmen said Lagos State had become a reference point of good governance for other states in the federation through the demonstrated exemplary leadership of Governor Sanwo-Olu.

Comrade Asefon also asserted that there has been a massive overhaul and repositioning of the educational sector of Lagos State since Babajide Sanwo-Olu became the governor.

He, however, explained that a boost in the academic performance of Lagos State students could very well be ascribed to the numerous positive developments so far witnessed in Lagos State University as well as other educational institutions in the state.

“So far so good, I have not heard anything bad on the issue of bursary and scholarship in Lagos state. I must also commend him for the way and manner he managed the issues of the COVID-19 pandemic in Lagos. This is highly commendable and we need to give him credit on that also,” he said.