Gov Lalong Says Religious Crisis Will Not Be Allowed In Plateau 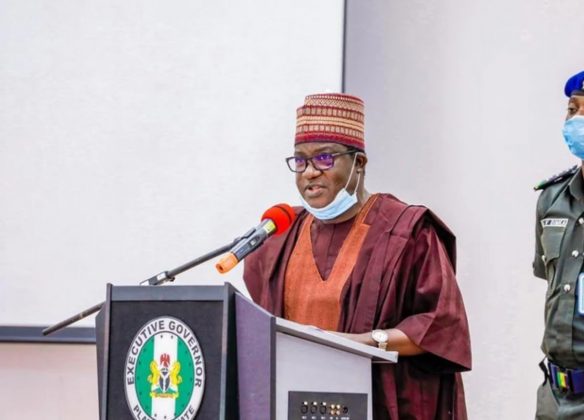 Following the recent massacre in Plateau, the governor of the state, Simon Lalong has vowed that his administration would clamp down on anyone promoting religious crises.

The governor made the assertion on Monday while briefing newsmen after an assessment tour and visit to some injured victims of the incident that occurred on Saturday.

Newspot recalls that there were skirmishes on Saturday morning at Rukuba road area of Jos North LGA of Plateau State, which claimed many lives while others were left injured in an attack by gunmen.

An Islamic group, Muslim Rights Concern (MURIC) had accused Christians of being responsible for the attacks.

However, Lanlong, after visiting the victims on Monday, warned against religious sentiment, stressing that those involved in disseminating fake news would be dealt with.

“We will not allow a religious crisis in the state.
“People should stop the issue of sending wrong messages. Many of the issues that happened are as a result of that.

“I assure you that we are going after those people sending wrong messages leading to the killing of people,” the governor added.