GIVING AWARD TO RONALDO AND NOT MESSI HURTS MY SOUL – MARADONA

Argentina great Diego Maradona has admitted that it “hurt his soul” to hand the best FIFA Men’s Player Award to Cristiano Ronaldo and not to Lionel Messi.

Ronaldo won the accolade for the second year running on Monday, beating off competition from Messi and Neymar. 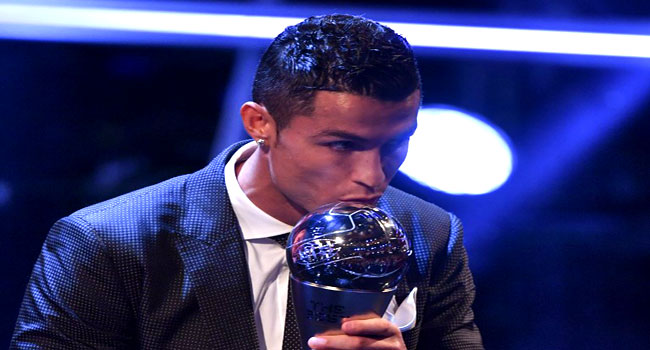 Maradona and former Brazil international Ronaldo presented the award in London and afterward said it was painful handing over the trophy to the Portuguese.

Maradona also dismissed reports that he has a bad relationship with the Barcelona star, saying the love and affection between them are still intact.