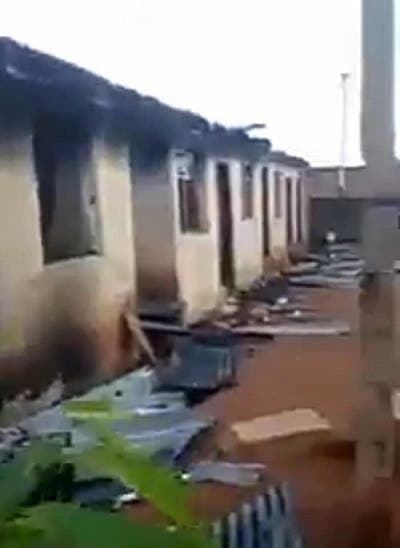 In the early hours of Tuesday 25th of May, gunmen attacked Iwollo Police Division in Ezeagu Local Government Area of Enugu State and burnt down the station.
Mr Mohammed Aliyu, who is the Commissioner of Police in Enugu State, confirmed the attack in a telephone interview with the News Agency of Nigeria (NAN).
The commissioner could not give details of the incident, however said he was already on the ground to analyze the level of destruction and casualties.
“More information will be pushed out to the public as soon as we conclude our preliminary investigation,” he said.
An eyewitness, who wanted his identity hidden, said that the hoodlums attacked the division in their large numbers in the early hours of the day.
The eyewitness said that the attack threw the entire Iwollo community into fear and panic throughout the night.
“They succeeded in completely razing down the buildings in the divisional station.
“The hoodlums might have also killed probably five police personnel that confronted them when they attacked.”
NAN recalls that on April 21, gunmen shot two police operatives dead during an attack on Adani Police Station in Uzo-Uwani Local Government Area of Enugu State.