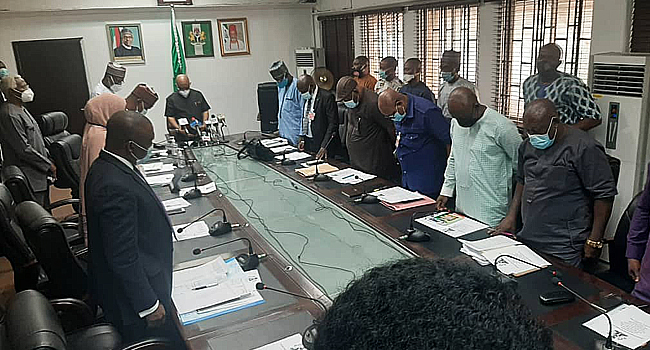 The meeting between the Federal Government and the Senior Staff Association of Nigerian Universities (SSANU) and the Non-Academic Staff Union of Universities (NASU), has ended in a deadlock.

It is the second meeting that the Minister of Labour and Employment, Chris Ngige is holding with the striking university workers, in an attempt to resolve the issues leading to the labour unrest in the universities.

At the beginning of the meeting, the minister lampooned the two unions, describing their industrial action as illegal and unknown to labour laws.

At the first meeting with the Federal Government last Tuesday, the striking university workers said the government had failed to address their critical demands, which included unpaid earned allowances of members, delisting of members from the Integrated Personnel Payroll Information System (IPPIS) and the arrears of the new minimum wage.

The joint action committee of SSANU and NASU had on Friday last week directed all their members to down tools pending when these demands are met.