Falana Tackles FPRO Over Assault On Civilians By Policemen 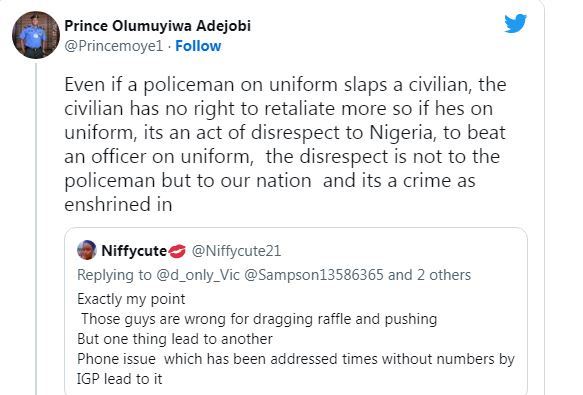 Human rights lawyer and Senior Advocate of Nigeria (SAN), Femi Falana, has criticized the Force Public Relations Officer, Olumuyiwa Adejobi, on his comments regarding how Nigerians should respond to assault by police officers 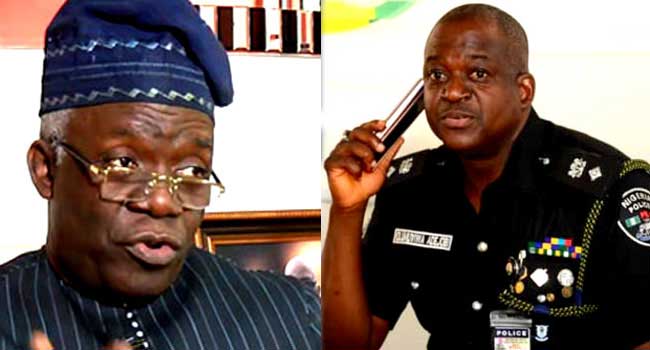 Adejobi irked many citizens on Saturday when he said Nigerians have no right to retaliate if assaulted by policemen. He said policemen are always protected against attacks by law.

“If a policeman in uniform slaps a civilian, the civilian has no right to retaliate. More so, if he’s on the uniform, it’s an act of disrespect to Nigeria to beat an officer on a uniform,” Adejobi tweeted.

“The disrespect is not to the policeman but to our nation and it’s a crime as enshrined in our criminal laws.”

But responding in a statement, Falana said an assault on Nigerians attracts 25-year imprisonment as citizens are entitled to fundamental rights.

In citing the Criminal Justice Act, 2015, and Police Establishment Act 2020, Falana argued that police officers and other law enforcement personnel have been prohibited “from subjecting Nigerian people including criminal suspects to degrading, humiliating or inhumane treatment.”

“By virtue of section 34 of the Nigerian Constitution, every citizen is entitled to the fundamental right to the dignity of their person. Accordingly, no citizen shall be subjected to any mental, physical or psychological torture,” he said.

“Indeed, section (2)(b) of the Anti-Torture Act, 2017 states that torture is deemed committed when an act by which pain and suffering, whether physical or mental, is intentionally inflicted on a person to punish him for an act he or a third person has committed or suspected of having committed. The penalty for assaulting a civilian is 25 years under the Anti Torture Act of 2017. In addition, the victim may sue for monetary compensation under the Anti Torture Act and the Constitution.