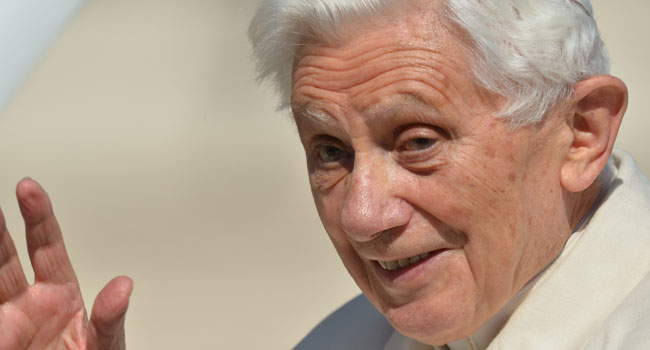 Here is a selection of Benedict XVI’s standout quotes, some of them controversial, from his 2005-2013 papacy and in his retirement. 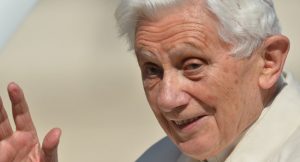 Benedict died Saturday at the age of 95, the Vatican announced, days after news emerged that the former pope’s health had taken a turn for the worse.

“I knew I wasn’t really the man for the job. But if God gave me this burden, He would also have to help me carry it” – in a 2016 book “Last Testament: In His Own Words”, written with German journalist Peter Seewald.

“To speak in this place of horror, in this place where unprecedented mass crimes were committed against God and man, is almost impossible — and it is particularly difficult for a Christian, for a pope from Germany.” – May 2006, during a visit to the Auschwitz-Birkenau Nazi German death camp.

Benedict provoked criticism in the same speech for failing to lay blame for the Holocaust squarely on Germany by attributing Nazi crimes to only a “ring of criminals” who had intimidated their countrymen.

In April 2008, before his first papal visit to the United States, he said abuse of minors by clergy “is absolutely incompatible…” with the “sacred ministry”.

En route to Washington, he said he himself was “deeply ashamed” of the global scandal.

Long after his retirement, in February 2022, he asked for forgiveness after a damning report commissioned by the Church authorities in Munich accused him of personally failing to stop the abuse of minors by four priests while he was archbishop between 1977 and 1982.

“I can only express to all the victims of sexual abuse my profound shame, my deep sorrow and my heartfelt request for forgiveness,” he said in a letter.

In a 2010 book of interviews, Benedict softened his line, saying: “There may be a basis in the case of some individuals as perhaps when a male prostitute uses a condom, where this can be a first step in the direction of a moralisation, a first assumption of responsibility.”

He “saved thousands of Jewish lives”, the pontiff said in the 2010 book about Pius XII, the pope who served from 1939 to 1958 and was accused by some of turning a blind eye to the Holocaust

“He did all that he could to save people. Of course one can still ask ‘Why didn’t he protest more clearly?’.”

“After having repeatedly examined my conscience before God, I have come to the certainty that my strengths, due to an advanced age, are no longer suited to an adequate exercise of the Petrine (papal) ministry.” – February 2013, announcing his resignation aged 85.

“I thank God that this responsibility, which I could no longer bear, no longer weighs upon me and that I can in all humility move forward with Him, that I can live with friends and friends can visit me more.” – In the 2016 Seewald book.

“Of course for me it was a day of sadness.”

“The pontificate hasn’t lost anything of its grandeur, even if the human dimension of the task appears perhaps more distinct.”

“A meditative man, a man who gives himself intellectually to the questions of his time. At the same time, he has a very direct contact with people” – from the 2016 interviews.

“There’s a new freshness in the Church, a new joy, a new charisma which pleases people, that’s good.”

“Francis is a man of practical reform. He was archbishop for a long time, he knows the job. He used to be a senior Jesuit and he has the courage to undertake organisational tasks.”

“There is only one pope.” — a March 2021 interview with Corriere della Sera.

He blamed lingering questions over Francis’s legitimacy on “some friends of mine who are a bit ‘fanatical’” and “conspiracy theories”.

“While I fully trust that God will not reject me, the closer one gets to Him, the more one feels all the things one hasn’t done well.” — in the 2016 interviews.

“I look forward to meeting my parents again, my sister, my friends and to imagine that everything will once more be as beautiful as it was at ours, at home.”