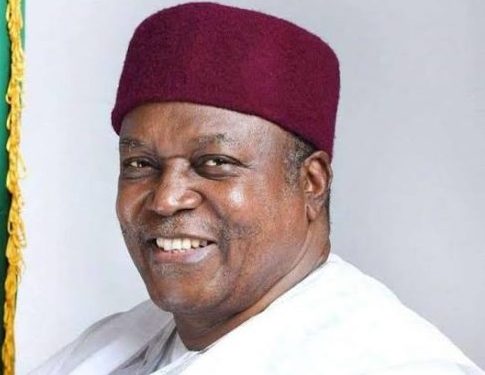 Four out of the numerous ethnic groups in Taraba have given Governor Darius Ishaku a 30- day ultimatum to address injustices being meted to them by successive administrations in the state.

The ethnic groups, comprising the Minute, Fulani, Kuteb and Tiv in a joint world press conference on Saturday in Jalingo alleged that they have been subjected to series of Injustices in the state over the years.

Spokesperson of the group, Mr Obed Ameh who read the text of the press conference stated that the Injustices were largely in the areas of chieftaincy matters and local government creation.

Citing the case of the stool of Ukwe Takum which has been vacant since 1996 after the demise of Alhaji Ali Ibrahim, Ameh noted that the refusal to appoint a new Ukwe Takum was a deliberate attempt to rob the Kuteb of the stool.

He further decried the deliberate attempt to ostracize some Kuteb from the state through the creation of Yangtu Development Area by the Danbaba Suntai as a temporary measure to engender peace.

“This later culminated into series of crises in that area that consumed several lives and properties worth billions of naira. And as we speak, there is an alleged plan to appoint three third class chiefs in Takum town, the gazette to this plot is being developed already”

“We wish to call on the state government to as a matter of urgency, fill in the vacant stool of Ukwe from Likam ruling house within 30 days so as to avert further crisis in Takum.”

The groups equally call on the state government to create Chiefdoms for the Mumuye in Jalingo, Lau and Ardo-Kola local government areas in the interest of justice.

Amen further disclosed that the creation of Kwararafa, Chanchanji, Chonku, Kona, Bakula and Bakin-Dutse chiefdoms was done to place minority ethnic groups ahead of the majority with the aim denying the majority groups their cultural and traditional rights of rulership.

The groups equally called on the state government to urgently fill the vacant stool of Lamdo Bakundi in Bali local government area of the state particularly from the lineage of the deceased Lamdo as was done in Donga and other places in the state recently.

Lamenting the recent crisis between the Jukun/Tiv in the state, Ameh noted the which has claimed several lives and properties worth billions of naira would have been averted if there had been social justice.

“we wish to call on the warring factions to sheath their sword and the government should urgently set machineries in motion to allow both parties who were displaced to go back to their homes to continue with their normal businesses unconditionally.

“We also urge the state government to take proactive measures to ensure that the Hausa/Fulani who were displaced in the Jukun/Hausa-Fulani crisis of 2014 in Wukari are allowed to go back to their land unconditionally and their property given back to them so as to allow peace reign in Wukari,” he said.

Reacting to the claims and demands of the groups, the state Commissioner for Information and Re-Orientation, Barrister Danjuma Adamu told Journalists that the groups reserved the right to express their feelings in a peaceful manner.

Adamu however assured that the state government would look into their grievances if presented through the right channels stressing that most of the issues in contention predates the Ishaku administration and the governor was following due process in addressing them in the interest of peace.

The Commissioner however stated that those displaced by the crisis were free to return to their homes saying nobody is preventing the Hausa-Fulani in particular as presented by the group from returning to Wukari.

“Due process was followed in the creation of the chiefdoms and people applied, so, if some people feel aggrieved they should follow the right channel, without resorting to violence”