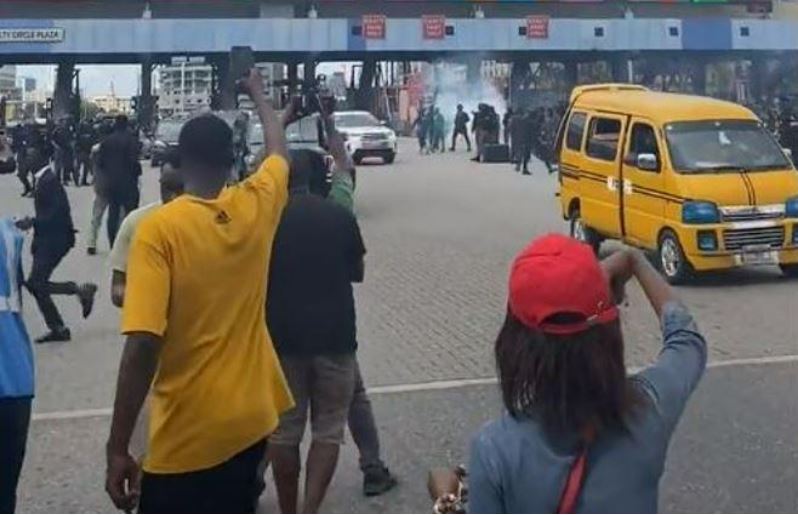 The Police fired tear gas at the Lekki Tollgate, following the memorial procession ongoing to mark the second anniversary of the shooting that claimed many lives

The protester had come out on Thursday morning led by popular musician, Falz and actor, Mr. Macaroni to stage a peaceful walk at the Lekki tollgate in commemoration of the shooting that took place therein two years ago.

Recall that exactly two years ago the entire nation was thrown into lamentation following shootings in the Lekki Tollgate allegedly carried out by the Nigerian Army to stop the youths protesting against police brutality.

Several Nigerians, including Amnesty International, alleged that officers of the Nigerian Army shot at the protesters.

The youths returned at the same venue today, Thursday, in commemoration of the sad event.

The commemorative walk was gathered to be peaceful until police stormed the scene to fire teargas at the people to disperse them from the scene.