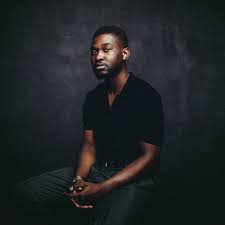 In a series of vignettes, the Nigerian and New York-based filmmaker reveals a selection of unique and impactful stories.

Emmanuel Afolabi, a Nigerian filmmaker and photographer based in New York, didn’t always know he’d get into film. But what he did know was that he’d pursue something creative – especially as his grandparents were keen crafts makers, his mother a fashion designer, older brother a music producer and sister a writer.

Surrounded by a family of artists, then, it was in some ways always inevitable that he’d end up in the creative industry. “Growing up in Lagos, Nigeria, I’ve always been surrounded by the arts,” he tells It’s Nice That. “Filmmaking started by way of photography and, after self-teaching myself on how to take different types of pictures in different situations, I decided to study film production in college – I had a DSLR camera that records HD video.”

Now working in his chosen field, Emmanuel spends most of his time in his home studio. Waking up to the day he will begin with meditation, followed by a scroll through Tumblr and Vimeo for inspiration. If editing a video or photography project, he tends to compile a mood board, treatment or proposal for the client – even if it’s a personal project. A lot of his inspiration, however, comes from the conversations he has with friends, the moment when he peers out of the plane window and observes the world around him, or when he visits other places, countries or becomes surrounded by nature. “I journal a lot to remember these moments of inspiration,” he tells It’s Nice That, citing filmmaker Terrence Mallick for his spiritual and existential work, Barry Jenkins for his colourful, “soulful and lyrical” films and photographers Rog and Bee Walker “because of how simple and beautifully they capture the human soul.”

Once his thoughts are logged and his influences are ready to go, that’s when Emmanuel will begin his process. The end goal predominantly is to “show our collective humanity” throughout the work that he creates, meaning he looks for that “moment of solitude” when setting up his frame. “Honesty and dignity are big parts of my work,” he continues, which is evident throughout his most recent film, Bio: Diaspora.

“When I first moved to New York, I was bullied or made fun of for my accent and culture by African American students throughout middle and high school, even though we both had the same skin,” he says of the reasons behind making this film. “This was during a time when being from Africa wasn’t perceived as cool because of the way the media portrayed it. This made me want to show a world where diverse voices are heard and people feel welcome to share their stories about anything relating to them.”

As such, Bio: Diaspora follows seven vignettes of stories unearthed from an inspiring cast – Aysha Sow, Petahjay, Olive Uche, Jonathan Abu, Denzel Bryan, Lili Lopez and Reyna Fallin. For the production, Emmanuel had a strong team of creative friends at hand: set designer and photographer Dotun Abeshinbioke, stylist Beoncia Dunn, music composer Della Orrey, director of photography Baldwin Angeles and makeup artist Temitope Adeyanju. “Bio is an identity series that explores the importance of contemporary black education through the revelatory stories of black people,” he says. “I am inspired by life, the different people in it, the unique stories we share and the collective struggles.”

Opting for a series of vignettes isn’t always an easy move. In order to keep the audience fully engaged with such a simple filming technique, Emmanuel made sure to keep the narrative voices and interview questions diverse. “So, this way the topic being discussed is similar but different in their approach,” he adds. With help from composer Della, she created a theme for each participant and “interwove” them all together to create a “unity of symphonic sound”. As for the set, this was equally as important. While explaining the colour palette and texture to Dotun, Emmanuel says that their visions aligned and Beoncia elevated this with her stylistic colour choices. “I spent a year editing,” he continues, “and I kept going back and forth, moving things around because I’m a bit of a perfectionist; I wanted to get the message across.”

A powerful message to say the least, Emmanuel points to a specific phrase spoken by Olive. “Immigrants always get a backlash of coming to a foreign place and steal jobs,” she says in the film. Aware of the stigma on a mass scale, Emmanuel explains how it’s something that all immigrants experience in America. “I was bullied for being an immigrant, I wasn’t invited to anything while I was in school; I think it’s American stigma. Trump recently banned some immigrant countries from coming to America before the Covid-19 hit, and now America’s putting up a plea to send foreign doctors and nurses to help fight the same enemy which is Covid-19. How ironic; the same immigrants that steal jobs.

“I think we live in such a humbling time where the crisis is felt all over the world and it brings us all together, regardless of whether you’re an immigrant,” he concludes. “We are all fighting the crisis together. We all want the same opportunity, a better life.”