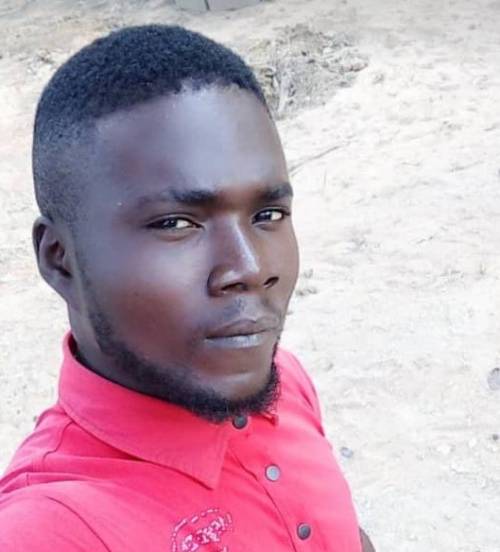 Ikechukwu, brother to Ebuka Chukwu Nwoye, the 20-year-old man that was shot dead by a policeman last Wednesday in Nkpor, a town near Onitsha, Anambra State, has shed more into how the young man was brutally murdered by the law enforcement officer.

While the police in the state had claimed that the victim and others tried to attack a police patrol team and forcefully collect their rifles, Ikechukwu told SaharaReporters that his brother was in fact killed without any sort of provocation by a policeman named Christopher Ozol a.k.a Ojukwu, who is notorious for getting drunk daily from alcohol consumption in the locality.

He said, “My mother, Mrs Veronica Nwoye, and a woman in our street known as Nwaanyi Akwa had issues during that period. The woman owns a drinking joint and policemen are fond of coming to that place to drink and harass passers-by in the process.

“This led to an issue between my mother and the owner of the joint. My mother advised the woman to talk to her police customers to stop harassing people in the neighbourhood.

“So, one day, the woman came to warn my mother not to say such to her again. Upon hearing what had transpired, my late brother, Ebuka, went to the woman’s shop to also warn her to stay away from our mother.

“The woman is dating one of the policemen named Christopher Ozol a.k.a Ojukwu. He is a notorious drunk known all across the community.

“On the day my brother was killed, he told my mother he was going to play football somewhere around our street. Around that time, the police officer also visited his concubine’s shop to drink.

“After getting drunk, he took his gun and left for the football field where my younger brother and others were playing football.

“When he got there, he ordered my brother to raise his hands and Ebuka obeyed him. He then searched him but couldn’t find anything incriminating on him. It was then he told Ebuka to follow him to his concubine’s shop but my brother refused.

“He told him won’t follow him to the woman’s shop but the policeman started dragging him, saying he would deal with him for harassing his lover.

“One of the guys on the football field asked the policeman to leave my brother, saying he won’t allow him to take him away.

“The policeman immediately cocked his gun and shot at that guy but the bullet missed him. My late brother sensing danger, took to his heel but the policeman fired at him. My brother fell down and died on the spot.

“That is the true story of how my brother was killed and not the lies the police are telling in order to cover up the crime.

“The man that killed my brother is a notorious drunk who committed murder because he felt my brother insulted his concubine.

“We are calling on Nigerians to help us get justice. The police have been threatening to deal with us if we expose this truth. Our mother has been crying since that period, we don’t know how else to console her. Only justice can heal our wound.”

SaharaReporters gathered that youths in the community out of anger in the face of police cover up, invaded Nwaanyi Akwa’s shop and destroyed the place.

One of the youth, who spoke with our correspondent, said the woman was used to intimidating people around the neighbourhood due to her relationship with the policeman, who is said to be married with children.