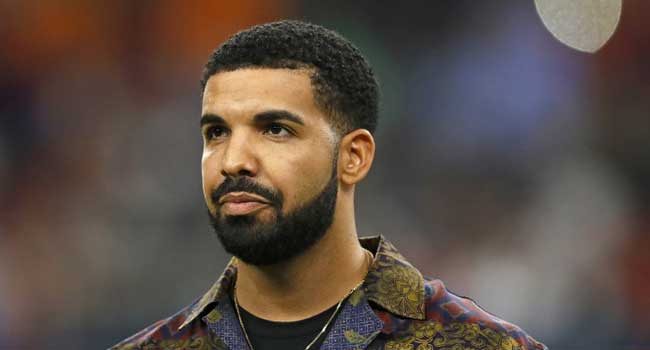 Canadian hip-hop superstar Drake took the top spot from The Weeknd as “Toosie Slide” debuted at the top of the Billboard Hot 100, setting a new record in the chart’s history.

“Toosie Slide” joins “God’s Plan,” which immediately landed at No. 1 when it was released back in February 2018, and “Nice for What,” which actually knocked “God’s Plan” off the top spot when it arrived in April of the same year.

Drake now finds himself in good company, matching Mariah Carey’s achievement of three No. 1 debuts on the Hot 100 between 1995 and 1997.

After knocking The Weeknd’s “Blinding Lights” from the top spot, Drake’s “Toosie Slide” also becomes the rapper’s seventh total No. 1 on the Hot 100. In addition to “God’s Plan” and “Nice for What,” his other chart-topping singles include “What’s My Name?” with Rihanna, “Work” (also with Rihanna), “One Dance” with WizKid & Kyla, and “In My Feelings.”

Drake also released a quarantine-themed music video for “Toosie Slide” in April in which he responsibly dons a mask.

“Toosie Slide” was released on April 3, 2020, through Republic and OVO. The song is titled after social media influencer Toosie who had previously helped the song go viral.

Moves on the @billboardcharts: @Drake is officially the first solo male artist to have spent a cumulative 50 weeks at No. 1 on the #Hot100 https://t.co/ZdkiN1l4YF