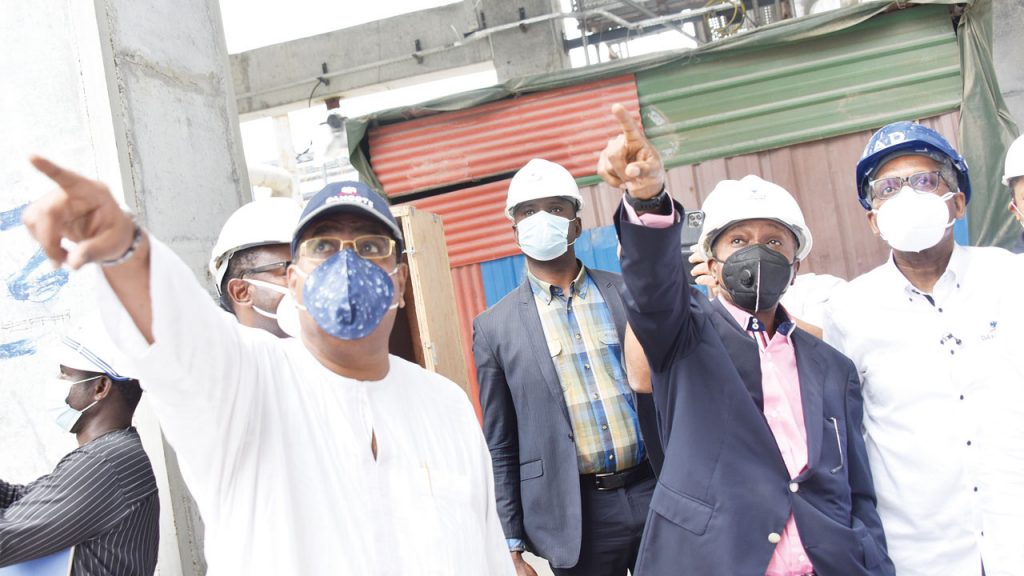 Africa’s richest man Aliko Dangote is in talks with some of the world’s biggest oil traders to help finance his mega refinery project outside of Nigeria’s commercial centre Lagos, sources with knowledge of the matter said, although his company denied the discussions.

The 650,000 barrel-per-day refinery, once complete, will be the continent’s largest plant and redraw major trade flows of crude and fuel in the Atlantic basin.

Despite being Africa’s biggest oil producer and exporter, the country depends almost entirely on fuel imports after allowing its significant refining capacity, 445,000 barrels-per-day, to become dilapidated over several decades.

Many past and current Nigerian officials, including President Muhammadu Buhari, have announced plans to refurbish them, but political will has been lacking.

The Natural Resources Governance Institute, a non-profit policy think tank, has previously pointed to the moribund refineries as a key focus of oil corruption and waste in the country.

Nigeria’s state oil firm NNPC has agreed to buy a 20% stake in the refinery for about $2.8 billion, but Dangote is looking for outside cash. read more NNPC’s head Mele Kyari said a process was ongoing to raise $1 billion with Afreximbank to fund part of its stake purchase.

The billionaire has held talks as recently as a month ago with executives from the world’s top two oil traders – Trafigura and Vitol, three sources with direct knowledge of the matter said.

“The company is not in any talks with the aforementioned oil traders to seek a loan to finance our project,” the management of Dangote Industries Ltd said in a statement.

Two separate sources with direct knowledge of the matter said the option of raising another $500 million from a trade house or consortium was being explored.

The details of a potential loan from a trading firm have not been finalised but the trader could receive a long-term contract to supply crude and receive cargoes of refined products as repayment.

The refinery has been delayed by several years and the cost has ballooned to $19 billion from Dangote’s earlier estimates of $12-14 billion. Construction was also delayed due to COVID-19 outbreaks among workers at the site and delays getting materials, two more sources said.

Many industry sources do not expect any products before the second half of next year.

Swiss traders like Vitol along with Nigerian firms, have cashed-in for years in gasoline-short Nigeria by supplying mega tenders and being part of lucrative crude-for-fuel swap deals for over a decade.

Getting a hold of Dangote’s fuel will give the trader a stranglehold on a key set of new oil flows. Nigeria’s new oil bill, approved last month after nearly 20 years of political wrangling, has added fuel-import licence requirements that experts fear will give Dangote an effective monopoly. read more

Under the new laws, the regulator will prioritize local refiners for import licences and volumes would be based on production capacity or market share.

While Nigeria will remain open in theory to international trading houses, a partnership with Dangote would be the only way to guarantee a foothold in Africa’s biggest economy.