Cultists On The Rampage In Cross River, Delta 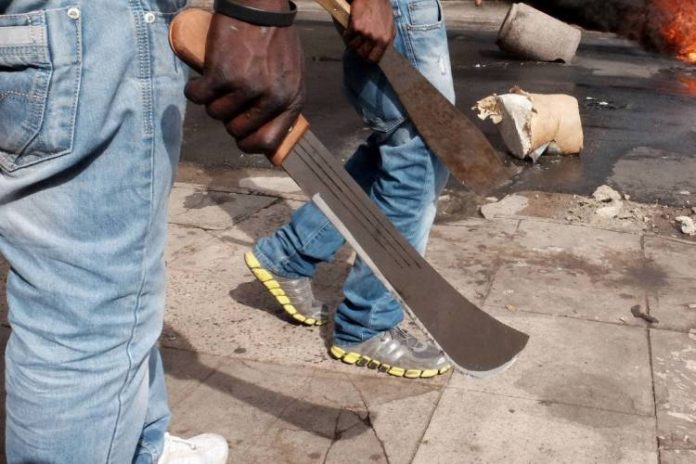 The battle for supremacy between rival cult groups, Black Axe and KKK, in Calabar, Cross River State, escalated, weekend, as one of the cult leaders was reportedly butchered, just as Sapele residents, Delta State, are living in fear over activities of cultists in the town.

It was gathered that the cult leader, popularly known as Daniel One, D1, killed Saturday in Calabar, was reportedly butchered close to his home by Fenton Street, Calabar South council area of the state capital.

A source disclosed that Daniel was a councillorship candidate of one of the parties in Ward 8 at the suspended Cross River council poll, which was scheduled for the last week of March.

“He was the leader of the Black Axe or Brothers Across Nigeria in the area, which has been fighting with KKK for some years now,” the source said.

Our source said he was trailed by three persons on a tricycle as he was returning home at about 8.00 pm and butchered with machetes.

The source added: “His assailants ensured he died on the spot before zooming off, which has been the tradition of cult groups in the city of late to avoid him surviving and coming after them,”

DSP Irene Ugbo, Cross River State Police Command spokesman said no arrest has been made, adding: “Our anti cultism team is aware of the incident and investigations are in progress.

Meanwhile, residents of Sapele, Delta State are reportedly living in fear as the cult war between two rival groups that allegedly claimed Tega, the 24-year-old boy last Tuesday seems not to have abated.

It was gathered that following the death of the young man that his cult members came out on Wednesday to avenge his death as four persons were reportedly injured in the Oriaki area of the town.

A security source, who craved anonymity, disclosed that since Tega was killed, security agents have been battling with cult members every night.

“On Thursday, gunshots were heard all through the night at Urban Area and one of the suburbs of the town. The next day, over a hundred members of a cult group were said to have stormed the streets of Okirighwre openly daring security operatives in their regalia,” the source said.

A resident, Iyabo Samuel, told newsmen that they now live in perpetual fear “in places like Ogunaja and Urban area. We are scared. We go to bed early,” adding that Sapele is becoming a haven for cultists.

Meanwhile, Chairman of Sapele Local Government Area, Eugene Inoaghan, has urged law enforcement agencies to deal decisively with anyone caught engaging in cultism, crime and other anti-social vices within Sapele and its environs.

He said development cannot take place in an environment where there is no peace and security of lives and property.